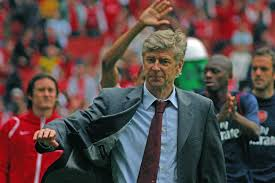 Arsenal fans will likely not be happy with the newest reports regarding Arsene Wenger’s future at the Emirates.

The Frenchman recently confirmed that he has already made a decision over his future at the club –  following Arsenal’s 3-1 loss to West Brom – with the 67-year-old calling for patience regarding his decision, which he claims will be announced to both the club and press after the international break this week.

According to reports coming from the Express, the former Monaco manager is set to renew his contract with a one-year deal at the club after talks with the board.

It was originally thought that a two-year deal was on the table, however following further discussions, Wenger is said to have preferred a one-year extension.

Wenger has been the subject of immense pressure and criticism following yet another disappointing season at the Emirates, with a large faction of Gunners supporters taking to the streets to voice their discontent in #WengerOut and #Wexit campaigns epitomized by the Wenger Out air plane banner flown over The Hawthorns last weekend.

Arsenal’s unpredictable season took a turn for the worst after they were knocked out of the Champions League by Bayern Munich with a 10-2 aggregate loss, which proved to be the tipping point for most Gunners fans.

Arsenal fans will now have to sit back and hope that the manager has made the right decision for both the club, bringing his fruitful reign at the Emirates to an end before his legacy is tarnished.