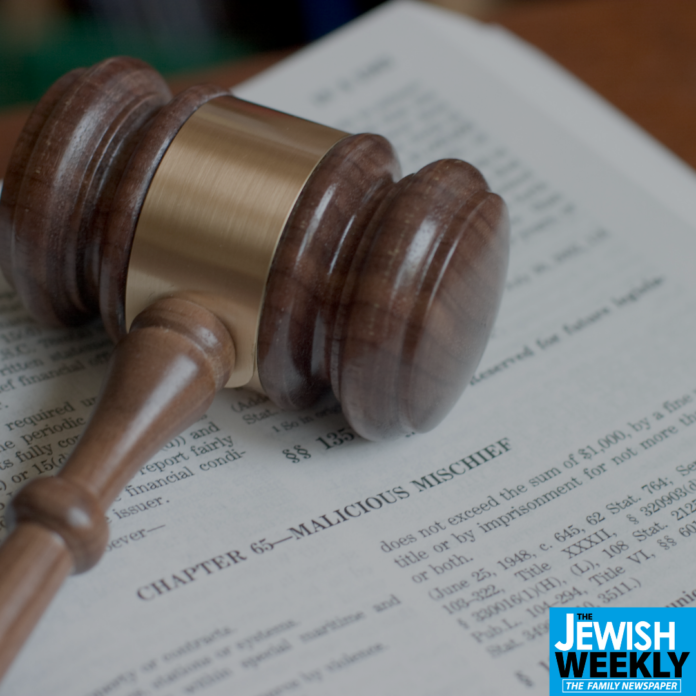 A man who made antisemitic phone calls to the Board of Deputies has been convicted of malicious communication and racially aggravated assault at Peterborough Crown Court.

Nicholas Nelson, 32, was charged under section 2 of the Protection from Harassment Act 1997.

The Board administrator received antisemitic calls in April and May 2020. Calls were triggered by a BoD statement about antisemitism in the Labour Party.

Nelson was convicted after pleading guilty. Sentencing takes place in March. The offence carries a maximum sentence of six months in prison and a fine.

The case followed a first-of-its-kind litigation by Campaign Against Antisemitism.

“This game-changing precedent is the most significant development in the legal fight against online hate in years. We are grateful for the cooperation of the police and prosecutors in helping us to send a message of deterrence to would-be online abusers. We will continue to devise innovative legal mechanisms to protect the Jewish community and deliver justice to victims of antisemitism, including in ways previously thought impossible.”

“It is good to know that people who make malicious, racist comments cannot do so with impunity,” she said. “This man felt it was safe to hide behind anonymous phone calls to make vile comments to our staff. Now he will face the full force of the law.”

Abusive communications came from accounts Nelson had worked hard to make anonymous. But the new legal initiative by CAA and counsel identified Nelson for criminal proceedings to commence.

Kern said Nelson was a “malevolent racist” motivated by his love of Jeremy Corbyn and had engaged in an antisemitic campaign of harassment against him for a number of years.

Kern said, “Justice will now be served. All those who think they can attack Jews anonymously and get away with it should pay heed. We have the motivation and commitment to come after you hard. And we succeed.”

Nelson had pleaded guilty to the same charge in 2018 after sending abusive messages to Labour MPs. The court gave Nelson a 20-week suspended sentence for 122 months and ordered to complete 160 hours unpaid work. New offences were committed during the period of the suspended sentence.