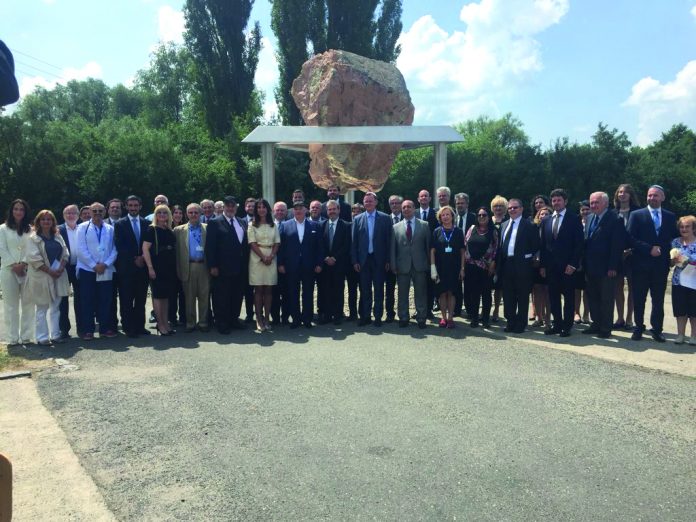 Marie van der Zyl has begun her term as Board of Deputies President with a series of engagements underlying her commitment to being a leader for the entire community.

Her itinerary included a trip to Manchester to speak with Greater Manchester Metro-Mayor Andy Burnham and community heads, a meeting of the European Jewish and World Jewish Congress executives in Prague and talks with leaders of the main religious denominations.

Marie thanked Mr Burnham, who has written an open letter to Labour leader Jeremy Corbyn, for his leadership against anti-Semitism in the Labour Party.

And attended the Terezin Concentration Camp for the unveiling of a monument in memory to those killed there.

This week she embarked on a series of meeting with main religious leaders.

“Spending my first days in office in Manchester with representatives of our regional communities displays my determination to be a leader for every part of our Jewish community,” she said.

“It was deeply moving to attend the unveiling of a new monument at Terezin and I was honoured to represent the Jewish community with international umbrella bodies.

“I have started the way I intend to continue.”

Meanwhile, the Board called on Jews throughout Britain to reach out beyond the Jewish community at a conference at JW3 last Sunday.

Edwin Shuker, in his first speech as new BoD vice-president responsible for interfaith, set out his vision.

“It is not enough for people of different faiths to tolerate each other,” he said:

“We Jews must reach out to others and identify our shared challenges and interests.

“I want the Board to be at the centre of interfaith activity in Britain.”