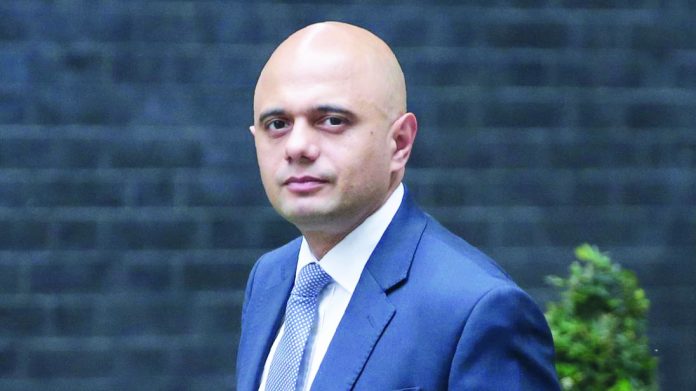 Extremism, anti-Semitism, negative notions of Jews and freedom of speech were among topics evaluated as the Jewish Leadership Council formally responded to the government’s much anticipated Integrated Communities Strategy ‘green paper’.

Sajid Javid, Communities Secretary at the time, set out the £50 million plan for a more ‘united Britain’ last March prior to a 12-week consultation debate in response to a report for the Ministry by Dame Louise Casey’s highlighting the number of communities divided by race, faith or socio-economic lines two years ago.

The paper is the government’s vision to build strong integrated communities based on shared rights, responsibilities and opportunities.

The JLC was supportive to the government’s new Commission for Countering Extremism and welcomed engagement with it but their message was clear in their response to the paper.

“As a community, we face multiple threats and Islamist extremism is a significant concern given that the Jewish community is often a primary target,” they noted.

As for ‘British values’, the JLC felt it needed to be “unpicked”.

“Rightly or wrongly, for many, the term has negative connotations,” they stated.

“Many instinctively know what is meant by it but for many, it is a hostile term.

“Promoting why it is something which defends everyone is crucial to detoxifying the term.”

The JLC noted that the Jewish community felt confident and proud of their identity and heritage whilst valuing relationships and responsibility to the wider society.

But ‘respect and tolerance of other was not the same as mixing at every level which may result in more hostility if forced.

“Freedom of belief is absolute but the freedom to act on a belief is not,” they noted.

They added, “It is important people, regardless of faith or no faith, feel proudly British.

“By celebrating faith and diversity, individuals will not feel there is a contradiction between their religion and their country.

“It is vital that cultures and practices that are harmful to individuals or restrict their rights are challenged but this must be looked at carefully and in consultation with the respective communities.”

On the subject of ‘migrants’, the JLC said that the UK Jewish community was largely an immigrant community so many were sympathetic to recent migrants.

But some immigrants to the UK had “negative opinions of Jews” which may have been widespread and accepted in their countries of origin.

They had “no place in a cohesive society”, noted the JLC.

“It is important immigrants understand that this country expects that everyone is treated fairly and respectfully so they should expect that for themselves but that it must be reciprocated.”

“Integration is one of the biggest social problems of our time,” said Claudia Mendoza, JLC Director of Policy and Public Affairs.

“The Jewish community is often a primary target of threats coming from those who are not well integrated so we have an interest in helping the government get this strategy right.

“The government has made it clear that religious freedom is paramount and we welcome that. “We have compiled this submission to ensure the balance between genuine integration and acceptance of individuality is right and we have made ourselves available for further consultation.”

On the issue of threats, the JLC made it clear that there was is apparent normalisation of anti-Semitic terms and discourse within certain elements of British society.

“This is damaging to community cohesion and integration.

“We think that anti-Semitism should be seen as an indicator of extremism.”

The JLC also felt that the Jewish community was proudly British and Jewish, integrated but not assimilated.

“This is a model for other minority communities and we hope that through this submission, government will identify models of best practice,” they noted.

A set of actions aim to deliver the vision at a local and national level.

The JLC submitted responses from member and communal organisations of best practice and where the JLC supports or rejects policies.

The JLC also said it was paramount the government protected the choice of parents to educate their children in a faith setting and welcomed their support for faith schools.

University students should have a place where they could be exposed to new ideas and given the opportunity to engage in robust debate. Free speech within the law should be protected on campus whilst ensuring hatred and extremism does not go unchallenged.

“Free speech at universities must extend to views which some students may consider to be controversial or offensive,’ the JLC noted.

“Students have the right to challenge views with which they disagree and protest such views should they wish to. However, it is crucial that in challenging or protesting another opinion, you do not deny the person with that opinion their right to free speech.”

Elsewhere, the paper tackled hate crime, an exploration of law reforms on marriage and religious weddings and training for faith leaders to develop British culture and shared values.