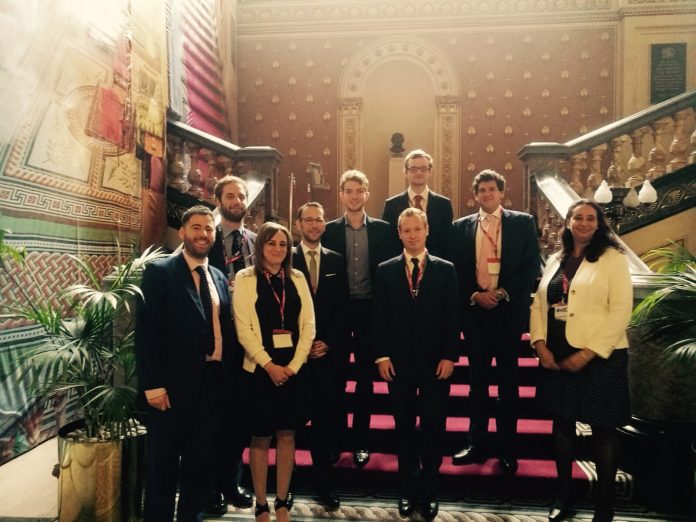 As part of the World Jewish Congress (WJC) Executive Meeting hosted by the Board of Deputies in London, more than 20 young and emerging leaders from the WJC’s Jewish Diplomatic Corps were taken to the Foreign Office and the embassies of Germany and Serbia.
The key message was that it was time to for countries to “call time” on the astonishing levels of bias against Israel at the United Nations (UN).
Those visiting the Foreign Office thanked officials for the UK’s new principles on the issue, outlined by the UK’s Ambassador to the UN Human Rights Council in March this year, where he said that the UK was “putting the Human Rights Council on notice” about bias, saying the UK would vote against all resolutions condemning Israel if things did not change.
Meanwhile, the young “Jewish diplomats” meeting the German and Serbian embassies called on those countries to follow the UK’s lead.
The meetings covered a wide range of other topics including Palestinian incitement, antisemitism in Europe, Holocaust restitution, and a call for the UK to maintain and enhance its advocacy on global Jewish causes following Brexit.
Board of Deputies Senior Vice President Richard Verber, who led the delegation to the German Embassy, said:
“It makes a powerful statement when young Jewish leaders from around the World come together to make the case for Israel and other international Jewish issues.
“We hope that other countries will follow the UK’s lead in ‘putting the UN on notice’ about the ridiculous bias seen there.
Daniel Radomski, Head of the WJC Jewish Diplomatic Corps, said: “The WJC and the Jewish Diplomatic Corps are working ardently and consistently to counter the bias of Israel in international organisations. This effort is being conducted at the UN in New York and Geneva, as well as at embassies and government departments worldwide. As the WJC is the organisation representing over 100 Jewish communities worldwide, we are working in close concert with our affiliate communities to proudly promote and advocate their interests. We are highly appreciative to the Board of Deputies for the joint diplomatic outreach that was implemented in London today, and see this as a natural step in our close collaboration.”