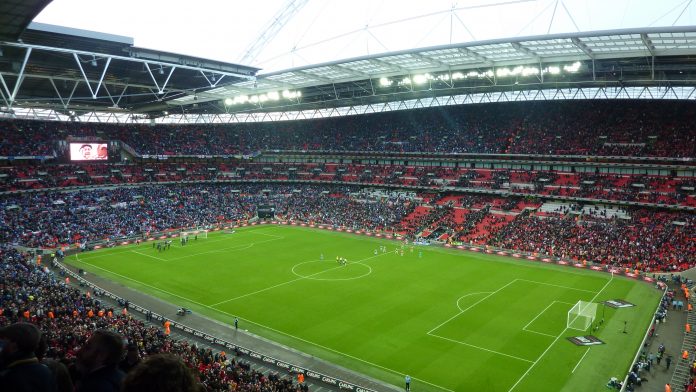 Chelsea Football Club face disciplinary action from the Football Association after a section of their fans chanted anti-Semitic songs at Wembley Stadium last month during a Premiership league match against Tottenham Hotspur.
This latest incident of racism took place when Chelsea supporters travelled to Tottenham’s temporary home ground at Wembley on 20 August and their new player Alvaro Morata, scored a goal. In celebration, Chelsea fans sang anti-Semitic chants.
Chelsea who ended up winning the game by 2 goals to 1 have a long history of singing and chanting racist and anti-Semitic songs, but rarely have fans been punished. In a statement, Chelsea wrote that “The club and the players appreciate the fans passionate support away from home, but the language in that song is not acceptable at all. We spoke to Alvaro after the game and he does not want to be connected with that song in any way. Both the club and the player request the supporters stop singing that song with immediate effect.
However, Chairman of the Campaign Against Anti-Semitism, Gideon Falter, said of the club that statements were no longer enough. “Whilst we welcome the club’s swift condemnation of this repulsive singing, Chelsea must now either identify and punish the fans who participated, or the club itself should face strict penalties from the Football Association to send a clear message to its fans.”
The word “Yid” is used in the Yiddish language and regularly heard within the Chareidi communities however, it has been used as a derogatory term for decades by groups of individuals and gangs and is now recognised as an anti-Semitic repulsive term. The player Alvaro Morata later tweeted, “Since I arrived, I have been able to feel your support every day, you are amazing and I’d like to ask you to please respect everyone.”