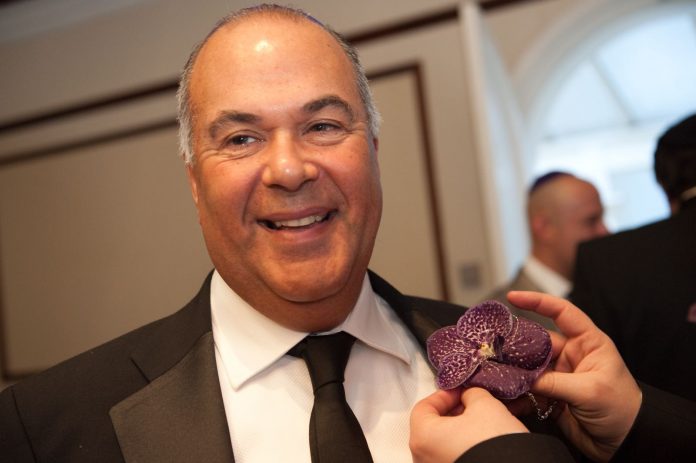 David Oliver has worked in the fashion industry for over 50 years, but his career could have been very different if he had stuck with his original plan of being an electronic engineer. After finishing his training, he realised that it was not for him, and instead took a job working in millinery which gave him his first taste of working in the fashion industry, and he hasn’t looked back since.

He soon made the leap from millinery into women’s clothing, working for various companies, before being given the opportunity to set up his own business two months before his wedding. He jokes, “I thought that my future father-in-law would kill me for giving up a good job to start out on my own, but after being married for 45 years, and having a successful business, I think that he has forgiven me now!”

David originally focussed on the manufacturing side, but always wanted to have his own shops. As he explains, “I wanted to find a way to be able to offer amazing quality clothing, from designers, at a price that would be available to more people.” Using his contacts, he was able to obtain great stock which he could sell at a fraction of its original price, and opened his first shop in Baker Street in 1992.

Things really took off, and he went on to open stores in North London and Essex offering a wide range of designer goods. Business was booming for many years, but as the retail industry began to change, David felt that he needed to change as well. As he explains, “The way people shop was different. I felt that maybe it was time to close down my shops and move on to something else.” He gradually began to run down his business, and closed his last shop in Woodside Park around five years ago.

Whilst he was trading, he always kept his stock in a warehouse in Borehamwood, which he used to supply his stores. When a loyal customer contacted him desperate to buy something from him, she was distraught when he told her he was no longer trading. As he explains, “She was so upset, that I offered her the chance to have a look at the stock I had in the warehouse. I explained that it was nothing fancy, it didn’t even have any proper dressing rooms, special lighting or mirrors, but she was happy to come down and bought a few things from me. She then told a friend about it, who told someone else, and it sort of grew from there.” He could see there was an interest, so decided to open a showroom, and employed some of the staff from his old shops as they not only knew the products but the customers as well, and were able to offer advice and help.

The outlet showroom at Churchill House in Borehamwood is now open to the public on Sundays and Mondays from 09:30 – 4pm. It offers a wide range of clothing as well as accessories to choose from, which he describes as ‘a veritable Aladdin’s cave of designer bargains.’ He now stocks a large selection of eveningwear, as well as more casual clothing. All top quality, but at significantly discounted prices, up to as much as 75% off.

David recognises that starting out in the fashion industry now is much harder than when he first got into it, and that things have changed in many ways. As he explains, “I think the seventies and early eighties were the best time to be in fashion as the UK was one of the cheapest places to produce clothes in the western world and we had customers all over the world who would come to buy from us. Now things can be manufactured much more cheaply abroad and for a small business starting out it can be really difficult.” The introduction of selling online, has also really affected the way the fashion business operates, and whilst many businesses mainly sell this way, David is keen to retain some of the more traditional elements of the business, and likes to deal face to face with his customers. “Luckily, I have found that many of my customers have remained loyal, and I don’t feel that selling online has really affected my business, but it can be seen how it has really been an issue for even well established companies and many big names have disappeared from the high street forever as a result, which is a real shame. I believe it’s just the tip of the iceberg, unfortunately.”

Having worked in the industry for so many years, he still enjoys the chance to meet people, and to help them find something that they will enjoy wearing whether it is for a simcha or just every day. He feels that he offers a different kind of shopping experience, meaning that customers do not have to trek into town or a shopping centre to do it. As he explains, “We have a really wide range of top designer brands and we offer great prices all year round, so you don’t have to wait until the sales or for special offers to get a bargain
And who doesn’t enjoy getting a designer bargain?” Many of the clothes that he offers are one-off originals, making them unique and means that his customers will always know that they have purchased something special without having to break the bank. As he explains, “For me, it is about making my customers feel a million dollars, without them having to spend that much in the process.”

If you would like to find out more about David Oliver Fashion, look at the website – www.davidoliverdiscounts.co.uk or call on 0208 736 0088. David’s Designer Outlet showroom is open to the public, on Sundays and Mondays (including Bank Holidays) – 09:30 – 16:00. Based at Churchill House, Stirling Way. Borehamwood, WD6 2HP (take Morrisons exit from roundabout). Free parking available.

Do you know anyone who specialises in an area of female expertise and would like to be featured on this page? Let us know by emailing
micaela@thejewishweekly.com