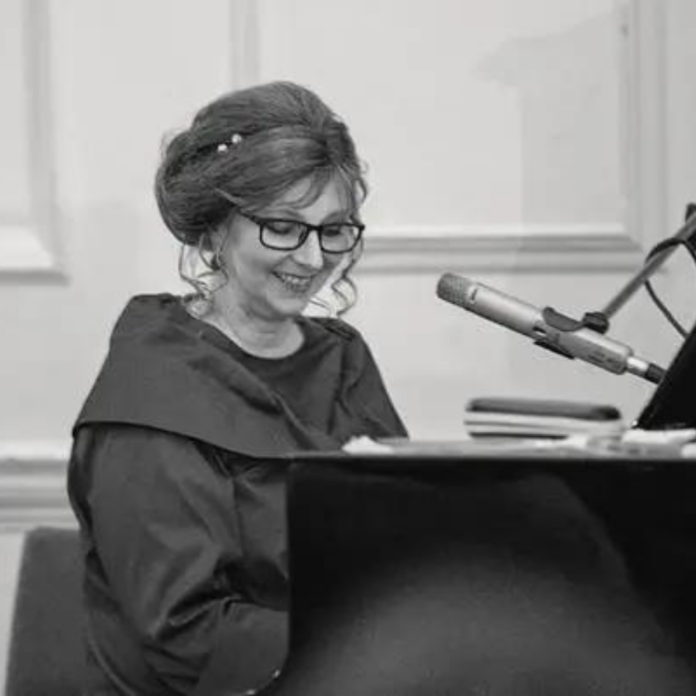 It is tremendously sad that our dear columnist Jacqueline Curzon passed away this week.

I first met Jacqueline at a cantorial concert in Central Synagogue where she lit up the stage with her musical brilliance whilst leading the school choir with great humour.

She had a great stage presence. A few years later, we met again when I was looking for a couple of musicians to accompany me whilst singing at a wedding and she was highly recommended alongside Miriam Kramer.

She came to our house several times to practice in the build up to the Chupa, and as well as bringing great fun to the rehearsals, she demonstrated complete mastery over complicated Italian arias that we had to fit to Jewish songs.

A few years later she called to tell me she had been diagnosed with pancreatic cancer and had been told she only had a few weeks to live.

She said she had started writing a blog, and asked if we would consider publishing the documentary of her brave battle against such a terrible disease, to which I readily agreed.

Her page became not only an ever popular weekly page in our newspaper for over three years, but one that also ticked the comedy box. Her weekly round up of all things political, Scottish, Russian, theatre and the arts together with her light and casual opinions on world and random news had a beautiful sense of humour and Nicola Sturgeon in particular always came off pretty badly.

Jacqueline always seemed to know exactly how many people in Scotland wanted independence or not and which Russian agents had been poisoned precisely where.

As well as writing for us, she was the unofficial Jewish Weekly production manager for Edgware, frequently texting me to say if all the papers had been taken and if we needed to restock the local shops.

From time to time she would call me to discuss things behind the scenes and I know how valiantly she fought against such overwhelming odds for such a long time. She simply wouldn’t give up, and when eye watering amounts were needed to help sustain extra treatments unavailable under the NHS, she resolutely and determinedly set about to raise it.

As she documented her trials and tribulations, our readers responded with many emails, phone calls and letters from well wishers who wished to contribute to her campaign and pray on her behalf. I remember late one evening after midnight when a lady called the office to tell me that she couldn’t afford to donate anything to the campaign but she wanted her name to daven for her.

Jacqueline did all she could to live, and I have no doubt that her great love for her family, and life in general alongside her tremendous self belief and perseverance kept her going long past the doctors predictions.

As any reader of her column will know, the NHS were not exactly always perfect by any means, yet she bore her suffering with a royalty and dignity that always inspired me as to the true measure of how exalted a person can become. Jacqueline and her family suffered terribly yet through her suffering she and they found the strength to inspire others and she will be sorely missed by all those who knew her and read her.

I must take this opportunity to wish Arichat Yamim, long life to her beloved family including her dear husband Julian, and children Joshua, Yehudis, Raphael, Asher, Harmony, Melody and Juliette.

On behalf of all our readers, we offer the traditional Jewish condolence ‘Hamakom Yenachem Etchem btoch shear aveylei Tzion veYerushalayim.’ Thank you Jacqueline for all your inspiration and for all the words you wrote for us. No words will ever be able to describe the magnitude of your loss.