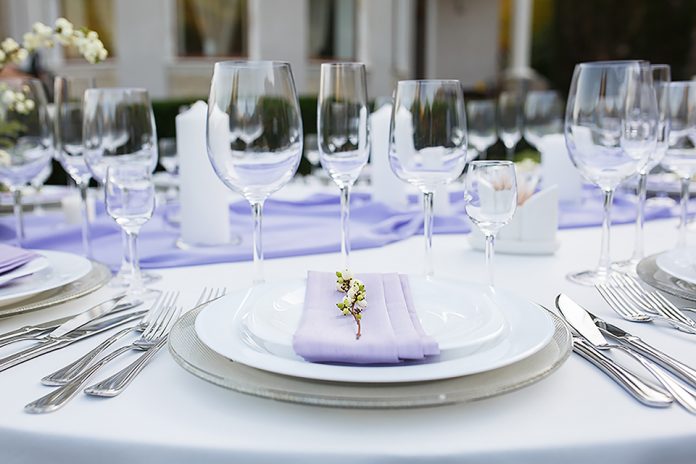 “I am not going to panic, it’s only dinner,” I say as I flick through my well-worn Evelyn Rose cookbook. The book was my grandmother’s, and there are notes and comments on many of the recipes in her swirly handwriting with helpful reminders to ‘stir longer’ or ‘use more eggs.’ But all the notes in the world are not going to really help me now as I stare blankly at the book, hoping for inspiration.

Let me start by explaining. Whilst I am not a natural-born cook, I am nothing if not enthusiastic in my efforts. Unfortunately, enthusiasm is not the same as skill, and I have been known to over-boil vegetables until they are mush and to burn rice. One time it was so welded to the saucepan that I just threw it in the bin. My husband, Adam, never did work out where that saucepan went, and I was too embarrassed to tell him!!

Being the dutiful husband, Adam has often had to smile sweetly whilst being served crunchy half-cooked pasta or unidentifiable brown slop, and I know that deep down he wishes that I would sometimes present him something that is almost edible. In my defence, I do cook some things that he likes, and I make a mean green salad, which is difficult to get wrong.  I know we are not living in the 1950s, and Adam also has been known to make dinner occasionally.  Surprisingly, for one of four boys, he is actually a dab hand in the kitchen. But whilst he is not Michelin-star level yet, in my opinion, he makes the best cheese and mushroom omelette this side of the North Circular!

After we got married, Adam moved into my flat whilst we looked for a house somewhere that would not mean selling a kidney. We had managed to find a modest house, for a slightly more than modest price, whilst still keeping all our vital organs intact, but it had needed a bit of TLC.  As it transpired the TLC required was actually a complete re-wiring of the whole house, a new boiler, and several coats of paint to hide the hideous, mustard-coloured walls of the previous owner. After months of living in a building site, with a constant layer of dust and a stream of builders, plumbers and decorators, we finally got our home in order. To celebrate, I had the great idea of inviting both our families over for Shabbat dinner. It had seemed like a good idea at the time, away to say thank you for the help and support (and cash injection) that all of our parents had given us for the house. For putting us up, and putting up with us throughout the building works. But with the day looming upon me, I was beginning to wish I could retract the invitation.

His mother, as Adam always reminds me, is an amazing cook, baker, ice cream maker and all round regular superwoman in the kitchen, and she did this whilst raising four boys and holding down a job at the local synagogue. Although she had now retired, with no little ones at home, it just meant she had even more time to create amazing tasty morsels to put me to shame. Having now got grandchildren, she now had a whole new generation of hungry mouths to feed, and they were always happy to oblige.

Whenever Adam visited his mother, he always returns with neatly labelled Tupperware full of homemade yumminess, from stews to soups, which he hides in the back of the freezer, so as not to embarrass me.  He thinks I don’t know they are there, but I do…

My own mother is actually a pretty good cook too, as is my sister, who unfortunately for me seems to have inherited those genes, as well as the genes for great hair, good height and nice teeth. I seem to have gotten the ‘good at maths’ gene from my accountant father, and I spent years of my school life with braces, fuzzy hair and trying to come up with ways to make myself taller. No amount of algebra is going to help me with dinner now.

“Just make something simple, that everyone will like. There is no need to go overboard, it’s just us!” my mother had said in her usual reassuring way. But when she said simple, I don’t think that she meant beans on toast, which is one of the only things I have managed to perfect. Apart from the time when I managed to burn the toast so much that the smoke alarm went off, and I had to get Adam to take out the battery to make it stop.

“Why don’t you just go to the deli and buy it all in,” my best friend Shana had helpfully suggested. “They do a really good chicken soup, and you can even get a rotisserie chicken and just pretend you did it yourself.”

“That’s cheating,” I tell her. “I promised a home-cooked traditional Shabbat dinner for my family, and that is what they are going to get. Made with love, by me.”

“Debbie, I’ve tasted your cooking, and it will take more than love to make that work!”

“Yeah, thanks. What should I do? Could you come over and help me?”

“I would if I could, but I have a date tomorrow, and I’m sure you wouldn’t want me to turn down the chance of happiness so that I can help you make kugel!”

“Kugel? Oh dear, I forgot about the kugel. That’s Adam’s dad’s favourite. I don’t even know how to make kugel!”

After speaking to Shana I was even more stressed about the imminent dinner, so I decided to try to get an early night and just worry about it in the morning. My sleep was interrupted by vivid cooking-related dreams, or rather nightmares. First I dreamt that I had to call the fire brigade just before Shabbat because I set the kitchen on fire. Then giant kneidlach were jumping out of the saucepan and chasing me down the street. Finally, on opening the fridge I found that all I had was a pot of hummous and an aubergine, whilst all my guests were sitting at the table waiting for dinner. I woke up in a cold sweat, and I didn’t need any kind of Joseph-like interpretation to tell me what I already knew. It was pretty obvious that even my subconscious didn’t have much faith in my culinary skills.

At work the next day, I could hardly keep my eyes open due to lack of sleep. I spent much of my time daydreaming about chicken soup. Call me crazy, but to me making good chicken soup is like one the ultimate tests for a Jewish woman. Think about it; whenever you have a bowl of soup, without even realising it you give it a rating in your head comparing it to your own mother’s, your grandmother’s, or even to great aunt Dora’s chicken soup to see how it matches up.  Women have been making chicken soup for generations, each with her own unique interpretation, a bit of spice here, a parsnip or two there; creating their own story through their food. How hard could it be?

Chicken soup for Jews is likened to the elixir of life, the cure of all troubles, and the only thing that makes you feel better when you have a cold. My mother had shown me how to make it a few times at her house, but this would be the first time I would be attempting it, without her there to point me in the right direction. This could make or break me…

I realised that I had completely zoned out during my meeting when Matthew, my boss, brought me back into the room with the words, “So Debbie, you won’t mind attending that event tomorrow night will you? It starts at around 7pm. It will be a great chance to meet some of the other members of the team, and you never know where it might lead. Is that ok?”

An event on a Thursday night? On the only Thursday night I have before the Friday night when I have six people coming to dinner? Um, yeah, why not. Of all the things I could be doing, I would love to attend a work event. Thanks Matthew, much appreciated!

Of course, I didn’t say that aloud. This could be a great opportunity for me work-wise, and if I wanted to go for that promotion, I needed to get in with the rest of the team. So I said, “Yes, of course Matthew. Looking forward to it,” and gave a pathetic smile even though I was mentally calculating how many hours of sleep one person can actually survive on. Apparently, Margaret Thatcher only had four hours of sleep a night, and she was able to run the country (although some may disagree to what extent), so I’m sure I could produce a dinner… couldn’t I?