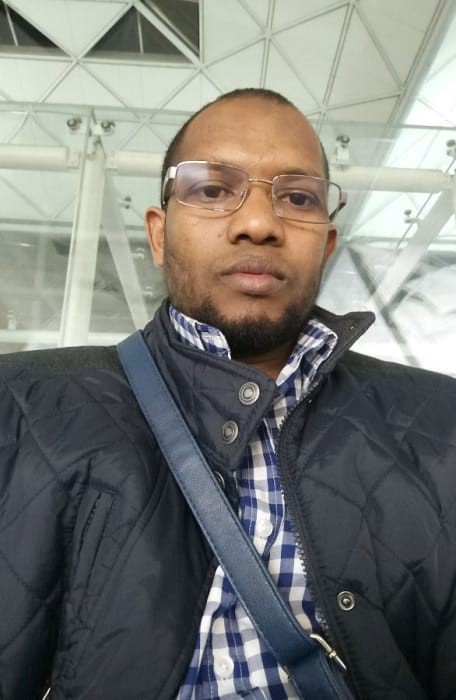 A Somalian man who plotted to kill members of the Stamford Hill Jewish community has this week been found guilty of preparing for acts of terrorism at the Old Bailey.

Aweys Shikhey was remanded in custody and is due to be sentenced on March 15th.
The Dutch national had also discussed on WhatsApp about attacking the Queen and Spurs fans as they left Tottenham’s Hotspur’s White Hart Lane stadium.

Commander Dean Haydon, head of the Met’s Counter Terrorism Command, said: “To his friends and colleagues Shikhey was, on the face of it, leading a normal life here in London. But unbeknown to them and to his wife and family in Holland, he was a supporter of ISIS and had spent more than a year planning how he could leave the UK and travel to join them in Syria.

“Thanks to the information we received from the Kenyan authorities and the good work here by my detectives thereafter, we have been able to thwart his attempts and stop him from joining ISIS and committing terrorist acts over there.”

Jurors were told that the 38-year-old delivery driver, who lived in north London, was stopped and arrested by Counter Terrorism officers as he prepared to board a flight to Turkey on route to Syria to fight for Islamic State last May.

Officers launched an investigation 12 months ago after a tip off from Kenyan authorities.
Through encrypted messages with a fellow Somalian from Kenya, it became clear that a UK-based man wanted to travel to Syria to join ISIS then allegedly carry out a number of firearms attacks.

Officers became aware Shikhey had booked a flight from Stansted to Sarajevo via Istanbul in May 2017.

After checking-in at Stansted, officers arrested Shikhey before he could board the plane.
On his arrest, officers seized electronic and mobile devices from Shikhey, both in his possession at the airport and also from his home address.

On these, they found further evidence of his support for ISIS.

Officers also found that he had been in touch with a woman in Norway. And through chat and audio files on his devices, they discovered further incriminating evidence.

Leading up to his planned flight, Shikhey had applied for various loans to fund his desire to join ISIS.

Most applications were unsuccessful, but he did secure a £10,000 loan claiming it was to pay for a wedding. Shikhey, who had two wives – one in Holland and another in Kenya was planning on eloping with his jihadi finance.