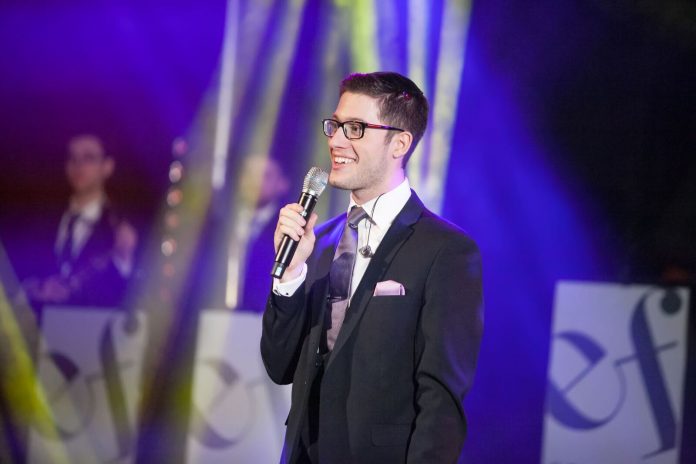 Eitan Freilich wowed audiences at the ArtsDepot Theatre on Monday with his sold-out show ‘Am Yisrael – Live in London’, in aid of Camp Simcha. Eitan, a regular guest on radio stations, performs at simchas and concerts worldwide. After his sold-out concert last year, he was back for one night only, entertaining the 450-plus crowd with songs from his recently released international album, ‘Am Yisrael Chai’, along with many other Jewish classics. His trademark charisma and energy were perfectly backed by an 8-piece band and his full 50-member production team. With a duet alongside guest child soloist Shimmy Abramson, and a video sketch with comedian Ashley Blaker, Eitan pulled out all the stops and sent the audience out walking on air. Near the end of the show, Eitan dedicated a special song to the Camp Simcha founders in the audience, and to the families and volunteers who support the charity.

Camp Simcha is an inspiring organization, dedicated to improving the quality of life of children suffering from cancer or other life-threatening illnesses. Says Eitan, ‘Tonight was not only about raising money for Camp Simcha. It was equally about celebrating the uniqueness and strength of our beautiful nation – and there is no way better than bringing together the families of Camp Simcha and the wider community’. Eitan revealed that he is currently working on new material and further projects due to be announced shortly.