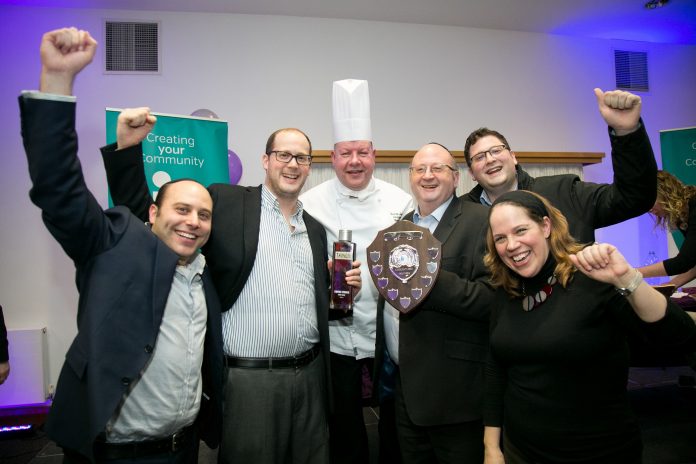 By Leon Symons
Cholent’s normal place in the tapestry of life is acting as a sleeping draught in preparation for that age-old institution, the Shabbat afternoon schluf.
But give it the title “Cholentfest”, put it into a brightly-lit hall at Finchley United Synagogue in north London, ask for teams to prepare their own versions and you take it about as far from that serene scenario as it’s possible to go.
The fourth annual “Cholentfest” happened last week under the umbrella of Young US. Ten teams took part, each one starting the preparation for their version of this world-famous Jewish classic some 24 hours before the event last Thursday evening.
As one entered the hall, the nostrils were assailed by the smell of so many cholents of differing kinds. Teams names included: Mechalkel Chaim BeChesed; Bee Cholent; Sephardi Mafia; Cholenteers and the Barley Boys. There was even a vegetarian variety, being shepherded by UJIA’s research director Dr Helena Miller and her husband Steve.
The judges who had the hard task of sampling 10 different varieties of the same dish were Harry Lomas, executive head chef at The Grove Hotel in Hertfordshire, pastry chef Ilana Epstein and Young US Rabbi Josh Zaitschek, who founded the contest.
After much discussion, Mechalkel Chaim Bechesed retained the title they won last year with a tried and tested recipe. Avi Werjuka, a member of the winning team, said: “Cholentfest 2017 was brilliant. It was great to challenge ourselves and be a part of the whole event. We were pleased that our efforts paid off, as we were crowned champions again.” 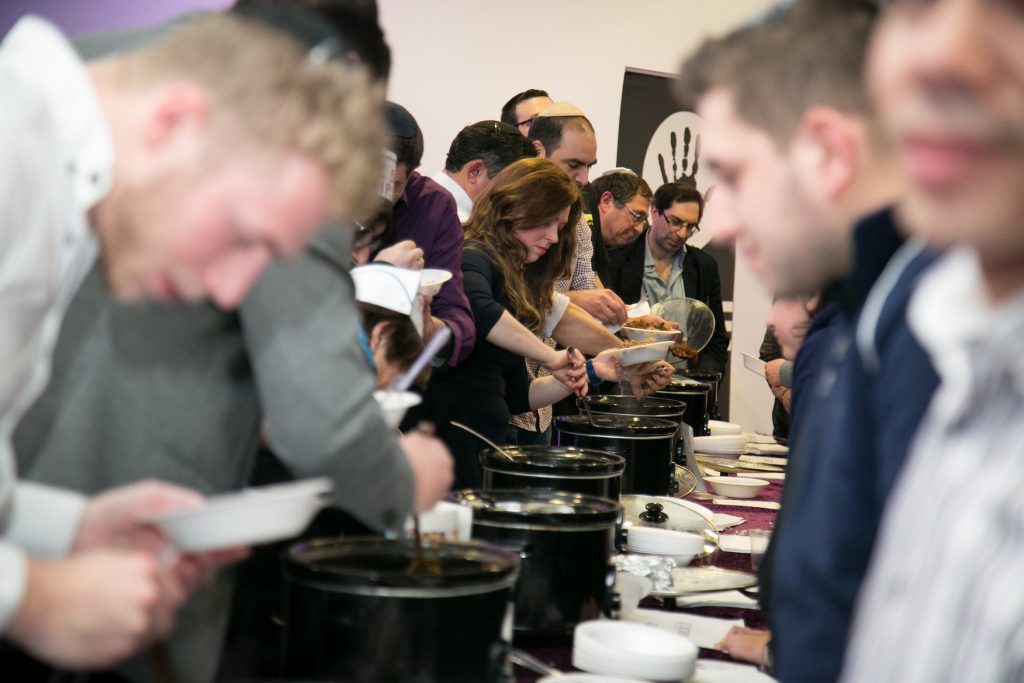