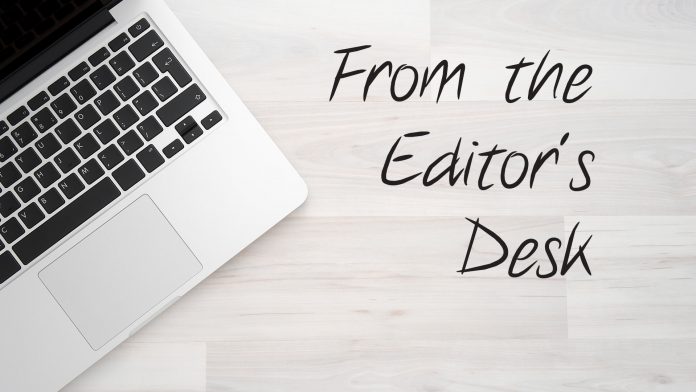 Two weeks ago, our Ask the Rabbi columnist Rabbi Schochet responded to a question regarding the recital of Kaddish for Hamas terrorists that took place outside Parliament. He said that these people had ‘sold their brothers and sisters down the river,’ and referred to it as ‘Kapo-ism.’

Olivia Marks-Woldman from the Holocaust Memorial Day Trust issued a press release from her office strongly condemning the use of the phrase ‘Kapo-ism’. Rabbi Schochet last week apologised for any offence caused by his use of the word, yet clearly wrote that the act of saying Kaddish for a terrorist is a completely inexcusable act, and that he only apologised for the phraseology used, not for the strong points he was making.

This brings us on to more fundamental issues that are quite worrying. Why was Marks-Woldman silent in the immediate aftermath of the Kaddish being recited for terrorists, and why did she only become vocal to criticize the people who criticized the event?

Perhaps she could have issued a statement attacking the Kaddish itself, asking the participants if perhaps they had thought this through properly?

Kaddish of all prayers is especially sensitive to so many people who have lost a loved one. In addition, how many millions of Jews who were murdered in the Holocaust never had a Kaddish recited for them at all? What about the countless other victims of the Shoah who did have Kaddish recited for them, tragically many years earlier than they would have expected?

Serious questions must also be asked of The Liberal Judaism Movement, who publicly distanced themselves from the event, despite the fact that one of their employees actually led the Kaddish. In addition, Leah Jordan does not appear to have been asked to retract her claims in another Jewish newspaper, where she wrote ‘how proud’ she was to have led the Kaddish.

One is subsequently left to wonder how seriously as a movement they view this incident. If a United Synagogue Rabbi did something similar, one can imagine that the said Rabbi would certainly have been told to retract a statement like that, at the very least.

In addition, we question UJIA, who have announced that they are more than happy for one of the participants from the Kaddish to lead a tour group that they help to fund around Israel this summer. Miss Morris-Evans was also allowed  space in a Jewish newspaper, where she wrote that in her opinion, the actions of the IDF was akin to murder. She has since apologised for her words, however perhaps, she could go even further by issuing a statement ahead of her trip thanking the IDF in advance for protecting her and her chanachim whilst they will be out in Israel.

It is clear that no one has really come out of this Kaddish fiasco with any great credibility. The community has been left with far more questions than answers. The chasm between the right and left seems wider than ever.

However, this newspaper will make one thing crystal clear. Whilst we don’t always agree with every political decision that is taken in the Knesset, we will absolutely always defend Israel’s right to defend its borders from terrorism. No country in the world should have to live with daily incoming rockets, some of which land in kindergarden playgrounds, with each missile fired with pure intent to kill.

If any organisation remains silent when a country which protect their citizens basic rights to live, is criticized and horribly mocked in public by members of their own faith with the most sensitive of prayers, yet jump up in anger the moment the mockers are criticized, we will condemn them.

We find it simply astonishing how other Jewish newspapers can slate the very country that safeguards the existence of Jews around the world.

Israel may take military decisions that to the outside world may sometimes be uncomfortable to witness, but they take every precaution possible to ensure that only terrorists die, not civilians, such as warning civilians by sending letters out of helicopters before a strike. There are countless other examples of this down the years, which pro-Israel media outlets are only too happy to showcase, and the non-Israel friendly newspapers are only too happy to ignore.

Israel was born out of the ashes of the Holocaust. How other Jewish newspapers can give a voice to people who have the opinion that they are ashamed to be Jewish, or that it is ok to say Kaddish for a terrorist whose sole mission is to rip out Jewish hearts whilst annihilating Israel and wiping it off the map, is beyond our comprehension.

As Golda Meir famously said, ‘We will only have peace with the Arabs when they love their children more than they hate us.’

Ask yourself if the people who have criticized the Kaddish really are on a ‘path to self-destruction,’ as the Reform Chief Rabbi recently stated, or are they just simply saying what needs to be said.

Think of the countless Jewish people who have been tragically killed by terrorists in recent years, who’s families would have rendered a heartfelt and gut-wrenching Kaddish at their funerals. Perhaps they should have been the ones being remembered outside Parliament…