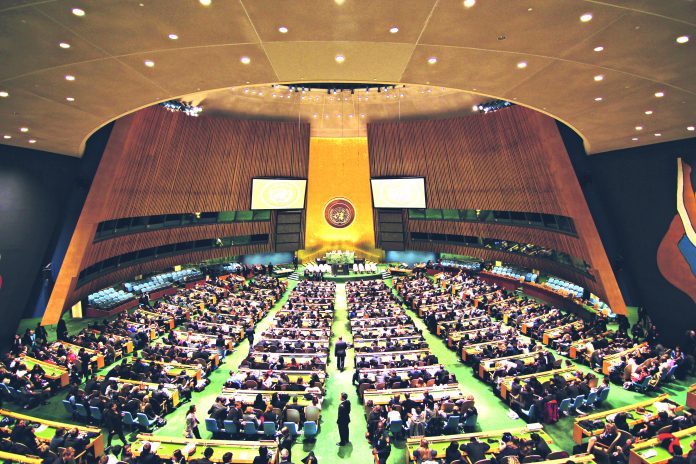 Palestinian supporters appealed to the United Nations General Assembly to adopt a resolution condemning Israel’s “excessive use of force” in Gaza at an emergency meeting yesterday.

Arab and Islamic nations went to the 193-member assembly as there are no vetoes following a U.S. veto of a similar resolution in the Security Council earlier this month.

U.S. Ambassador Nikki Haley labelled the Kuwait’s resolution criticising force used by Israel as “grossly one-sided” as it failed to note the actions of Hamas in Gaza.

Haley sent a letter to U.N. member states noting the imbalance and basic missed truths about the situation in Gaza.

Her proposal condemns Hamas for firing rockets into Israel and inciting violence along the Gaza-Israel border fence putting civilians at risk.

Haley described the amendment as “not controversial” but condemning behaviour “as harmful to the Palestinian people.”

The letter said the amendment would be voted on before the resolution.

Since protests began last March over 120 Palestinians have been killed and approaching 4,000 wounded by the IDF.