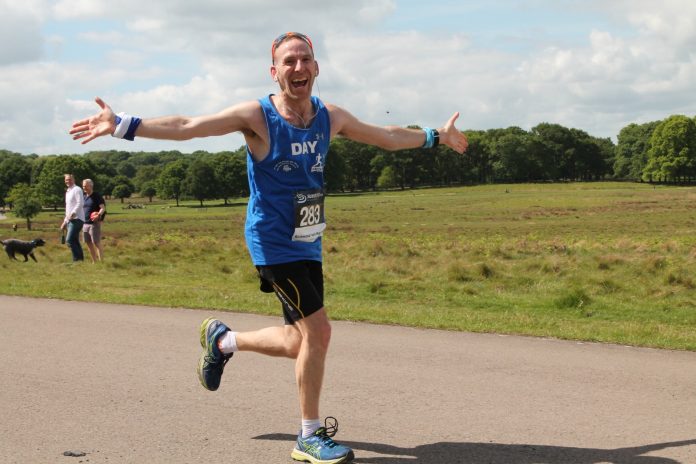 Damian Schogger successfully completed a fundraising challenge he set himself in early 2017, by running his 12th full marathon of the year.
A keen runner since 2011 and a trustee of the Talia Trust for Children UK – which provides funding to support children from disadvantages homes who suffer from learning disabilities – Damian decided to up the running and fundraising, having run seven marathons before 2017.
Damian, who is a member and Honorary Officer at Borehamwood & Elstree Synagogue, said: “I knew that getting sponsorship for one or two marathons was unlikely, so I came up with the #12in12 challenge to run 12 full marathons in 12 months. It started in Cambridge on 26 February, and I managed to run the 12th race at the Phoenix Riverside Winter Marathon yesterday along the Thames, completing the challenge in under nine months. So far I’ve raised nearly £4,500 but I’m still hoping to reach £5,000 through people’s generosity.”
Damian’s races this year have included the London Marathon and marathons in Richmond Park, Bournemouth, Farnham and Stevenage. Having run 3:08 at the Abingdon Marathon in October 2016, he has also secured a ‘good for age’ place for the 2018 London Marathon which he’s looking forward to.
“I’m already being asked what my next challenge is, but nothing definite is planned. Before anything is agreed, it would have to be cleared with my ever-supportive wife!” added Damian.