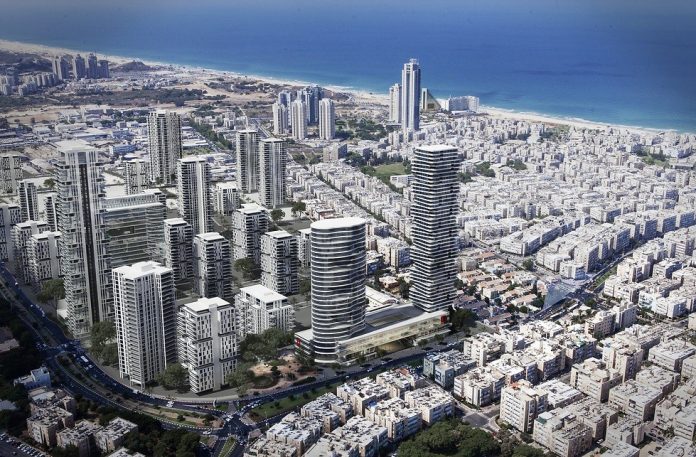 The Minister of Interior Aryeh Deri is promoting an initiative to unify Tel Aviv and Bat Yam’s municipalities by 2023 in order to strengthen the economy of Bat Yam, which is currently in a deep financial deficit.
Deri made the announcement following a petition submitted by the city of Bat Yam against the Minister demanding that he appoint an investigative committee to examine the combined incomes of the four cities, Bat Yam, Rishon LeZion, Holon and Tel Aviv.
According to the Interior Ministry, preparations for the merger will begin in the near future, with the establishment of a government administration to oversee the endeavour.
Deri said, “This is a significant step to strengthen the city of Bat Yam. I am considering adopting the recommendations of the professional committee that investigated the issue of uniting Bat Yam and Tel Aviv-Yafo at the end of an orderly process.”
The Interior Minister added, “The Interior and Finance ministries will act together throughout the entire process to prepare the necessary infrastructure and mechanisms for the professional implementation of the unification, with an emphasis on services for residents.”
If the deal goes ahead, it will be the first unification of this magnitude launched and full cooperation will be needed between the municipalities to ensure a success of the project. In addition, the level of service residents, especially in Tel Aviv, must not be harmed and if possible improved.
However, the Bat Yam municipality issued a statement saying, “We demand an immediate solution to Bat Yam’s budget” and criticised the delay in the government’s decision-making process. Bat Yam also insisted the Ministry take immediate steps to prevent damage to the city and its residents. “Any decision will be made only by agreement by the majority of the residents of Bat Yam,” they said.
The Tel Aviv-Jaffa municipality on the other said they would agree “to carry out a rapid merger to be completed by the end of 2018 but not by the end of 2023.” They insist the Ministry of Interior will never implement such a deal because it has set a target year too far away.
However, they were supportive of the merger saying “this was a one-time opportunity in which the Tel Aviv-Jaffa municipality mobilised in a precedent-setting manner could quickly implement a deal and hold elections for a united city in 2018.”