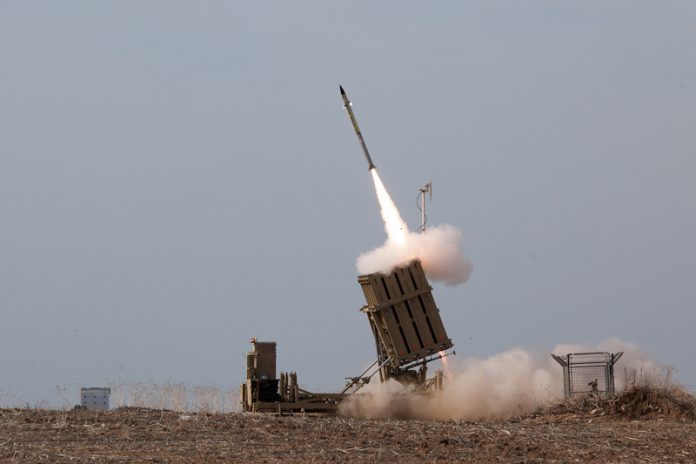 In a sign of the increasing tension between Israel and Islamic Jihad, the Iron Dome Missile Defence System has been deployed in central Israel for the first time since Operation Protective Edge in 2014.
The Israel Defence Forces have increased their presence around the Gaza border and military commanders have said they are prepared for any scenario should Islamic Jihad attack Israel with sniper fire, terrorist attacks or missiles.
Tension has increased between Israel and Palestinian Islamic Jihad since the destruction of a tunnel that entered into Israeli territory on 30 October. Twelve Islamic Jihad and Hamas fighters were killed when the IDF destroyed the tunnel, which had been dug by the Islamic Jihad, including senior military commanders.
Iron Dome is capable of intercepting short-range rockets and mortar shells. Islamic Jihad possesses dozens of Grad-type Katyusha rockets with a range of over 40km, capable of hitting major cities such as Ashdod and Be’er Sheva from Gaza. The IDF believes Islamic Jihad may also possess longer-range rockets that could reach Central Israel and it has operational capability in the West Bank.
Farmers with land near the Gaza border can now only work there after receiving special permission. However, life in the communities on the periphery of Gaza is continuing as usual and there are no restrictions on the residents. On Saturday night, the Coordinator of Government Activities in the Territories (COGAT ), Maj. Gen. Mordechai, issued a statement in Arabic warning Gaza terrorist groups against any retaliation and emphasising that Israel would respond forcefully to any attack.
Amos Harel, writing in Haaretz, said: “The lack of an immediate retaliation by Islamic Jihad likely stemmed as well from measures that Hamas is using against it. Hamas feared two weeks ago that an escalation with Israel would undermine its process of reconciliation with the Palestinian Authority. However, reconciliation talks have really slowed down since then.”