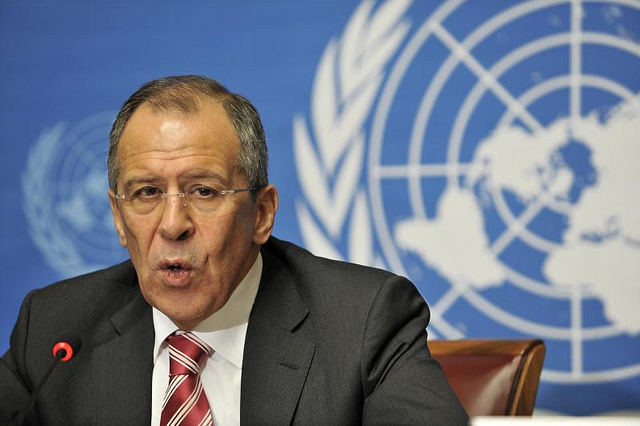 Russian Foreign Minister Sergei Lavrov recently denied that Russia would help remove Iranian-backed militias from Syria, calling their presence in the country “legitimate”.
Lavrov’s comments, quoted in the Russian news agencies RIA and Interfax, followed reports that the US and Russia agreed on Saturday to limit Iranian-backed militias from encroaching on the Israeli and Jordanian borders in southern Syria and would eventually work to remove all non-Syrian fighters from the country.
Lavrov said the Russian and Iranian presence in Syria was “at the invitation of the government” and therefore “legitimate”. “Neither Iran nor pro-Iranian units were discussed; if we talk about pro-Iranian forces, some may be tempted to call the entire Syrian army pro-Iranian. Should it surrender in that case? I believe this is what they call wishful thinking,” he added.
Israel had asked Russia and the US to ensure Iranian-backed forces would not be permitted to deploy close to Israel’s border. Lavrov acknowledged that “informal consultations were held with Israel taking into consideration that this zone is in direct proximity to the Golan Heights”.
Lavrov directly contradicted the text of Saturday’s agreement, which stated that “the ceasefire initiative, to include the reduction, and ultimate elimination, of foreign forces and foreign fighters from the area to ensure a more sustainable peace”.
Israel’s Channel 2 News yesterday published a proposed “map of control” in southern Syria between rebels and the regime with a buffer zone 7km from the Israeli Golan border, where Iranian forces would be prohibited from taking up positions. The map was reportedly signed in Amman along with the agreement on 8 November and approved by US President Donald Trump and Russian President Vladimir Putin while they were together in Vietnam on 11 November.
Security analyst Roni Daniel suggested the Israeli security establishment was surprised by Lavrov’s comments, describing them as “disturbing and disappointing”. He said the proximity to the border is less relevant than the overall deployment of Iranian-backed forces establishing a permanent presence in southern Syria.
IDF Chief of Staff Lt. Gen. Gadi Eisenkot will shortly fly to Brussels for the second time in less than a week to consult with US and NATO Commander Gen. Curtis Scaparrotti.