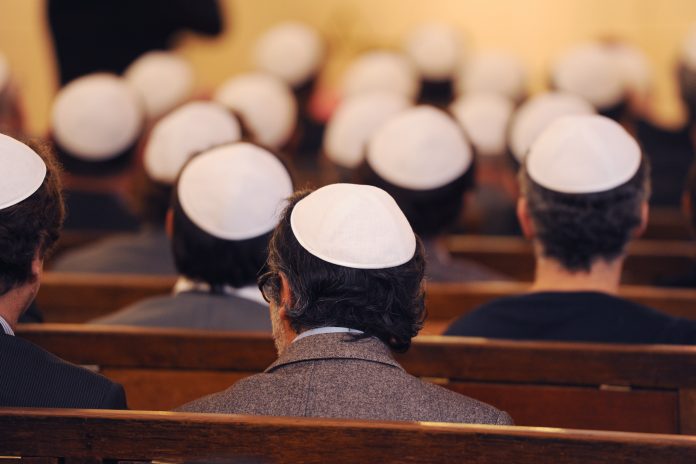 Radical Jihadists who support the terror group ISIS have called upon fellow terrorists to immediately attack British synagogues on Shabbat, as well as any kosher shop, deli or restaurant.
The Middle East Media Research Institute (MEMRI), which has its think tank headquarters in Washington, uncovered extreme anti-Semitic posts when they infiltrated a telegram messaging system. The disturbing posts described Jews as “apes” and “monkeys” who had to be prevented from attending their places of worship just like “the Jews in Israel are preventing Muslims from praying at their holy sites.”
One disturbing post even boasted how Israeli girls would become “slaves,” whilst another printed a list of British synagogues. The pro-ISIS channel even took a screenshot of the West London Reform Synagogue from the synagogue’s own website.
Further on in the conversation a blood spattered Israeli flag was posted, along with a poem which is too graphic to print.
The Sun newspaper also picked up on the information gathered by MEMRI, pointing out that a list of kosher shops and delis was displayed on the page, including those in London, Birmingham, Bristol, Gateshead, Glasgow and Edinburgh.
In February, ISIS terrorists used telegrams to call on their supporters to terrorise Jewish communities in the West, singling out the UK.