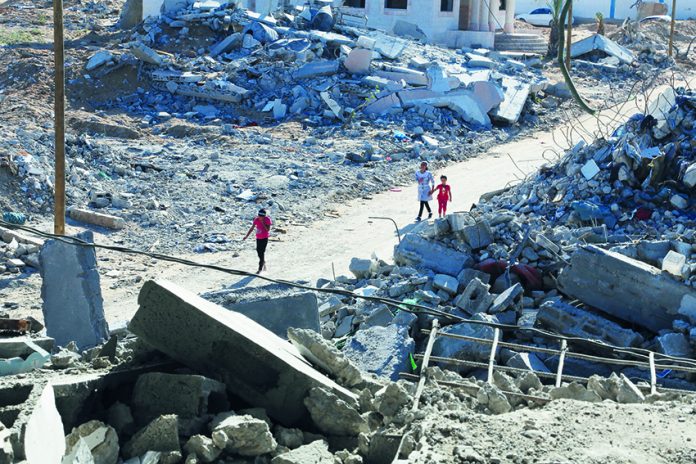 A Palestinian man was killed this week after an Israeli settler opened fire on a group of Palestinian rioters who were hurling rocks and stones at passing vehicles near the town of Huwara in the West Bank.

It was reported that around 200 Palestinian Arabs participated in the protest, which turned into a riot with blocked roads and rocks being thrown at passing Israeli vehicles. An Israeli settler believed his life was in mortal danger and opened fire at the rioters, killing one and injuring a news photographer.

The unnamed Israeli shooter was taken for questioning shortly after the incident. He claimed that he did not fire directly at the group of rioters, but rather into the air. He later said, “I saw death staring at me.”

His wife, who was sitting in the passenger seat next to him, said the mob encircled their vehicle and attempted to drag her husband from the car to lynch him.

The shooter was described by friends as a father of eight from the settlement of Itamar. He was returning from a shopping trip when he came across a Palestinian ambulance that was blocking his path. A man dressed in medical uniform apparently exited the ambulance and started kicking their door. According to the shooter, a mob then encircled his car and started pelting it with rocks.

Fearing for his life, the settler loaded a gun and fired shots in the air. He said that if he had not fired, he would have been lynched. The Palestinian health services stated that two people were wounded during the shooting, which was confirmed by the IDF shortly thereafter. The first victim was identified as Moataz Hussein Taya, 23, from the village of Bita, who was critically wounded and succumbed to his wounds moments later.

The second victim was identified as an Associated Press photographer, Majdi Eshtiya, who suffered moderate wounds after being shot in the arm. A security video of the incident shows the protest the settler came upon, which was in solidarity with Palestinian security prisoners jailed in Israel.

The video shows the settler’s car surrounded by people who are preventing him from moving. The Israeli car is then seen pushing forward, hitting some of the protesters blocking his path, as an ambulance drives onto the road, blocking it. It is at this point that the rioters begin kicking the car and throwing stones at it. The video does not, however, show the shooting. The IDF arrived shortly after the shooting.