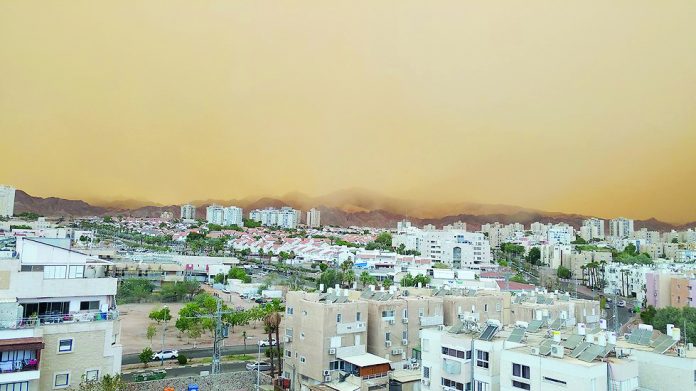 The airport in Eilat was closed for landings and take-offs due to poor visibility, while roads were briefly blocked as the sandstorms painted the city in shades of yellow and orange.
Route 90 was blocked in both directions from the Arava road to Eilat, and Route 12 was blocked from Eilat to the north because of the harsh weather conditions.
The haze spread to the Negev region but was gone the next day.

The Ministry of Environmental Protection warned of high concentrations of inhalable particles in Eilat and the Arava area. Upon consultation with the Ministry of Health, it recommended that the general population refrain from strenuous physical activity outside. It is also recommended for sensitive populations (including those suffering from heart or lung diseases, the elderly, pregnant women and children) to refrain from staying outside unnecessarily.