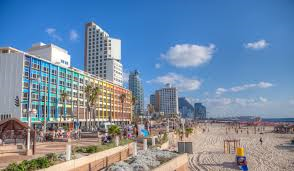 The Finance Ministry published a study on the country’s 400 wealthiest citizens, who earn an annual income averaging 36.8 million shekels (£8 million).
The typical profile of a member of Israel’s exclusive club of 400 “mega-rich” citizens, is a 56-year-old living in Tel Aviv with an income of NIS 36.8 million per year and almost definitely a man. According to the study, Israel’s mega-rich constitute just 0.01 percent of Israel’s population yet pull in 2.9% of the country’s total income each year. Furthermore, the NIS 36.8 million yearly income of the “mega-rich” is 290 times higher than the average Israeli’s yearly income of NIS 126,900 (£28,000). Indeed, before taxes a member of the “mega-rich” makes NIS 60 million (£13.5) every year. The Finance Ministry did not identify any of the country’s wealthiest people and as expected, the list is not indicative of the general population.
Of the 400 “mega-rich,” 80% of them live in central Israel, with 53% living in Tel Aviv.
Although women make up 46% of the labour force in Israel, only 11% of the top 400 are women.
For women in the exclusive list, the average annual income stands at NIS 33 million (£7.3 million) per year, 12% less than the NIS 37 million (£8.2 million) “mega-rich” men make each year, although in the general population women earn on average 65% less than males.
Unlike most Israelis, who derive 93.2% of their income from their salary, business or pension, members of the elite club only earn 8.2% of their income from such sources, with 91.8% instead coming from financial investments and capital gains.
The Finance Ministry said the study was based on data from the Israel Tax Authority, serving as an Israeli version of the US Internal Revenue Service annual study of the 400 wealthiest Americans. This in turn was inspired by Forbes Magazine’s list of the 400 richest people.