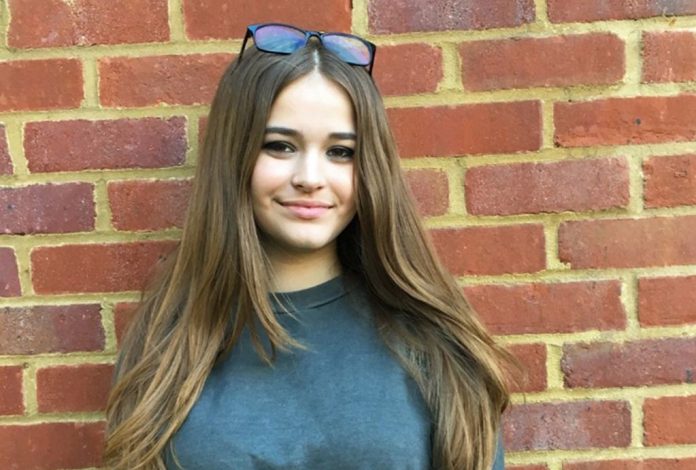 A 16-year old Orthodox Jewish girl was beaten, punched and kicked at an Edgware park last Shabbat in a vicious anti-Semitic attack. Hannah Goldberg, who studies at Immanuel College and is currently sitting her GCSE examinations, was in Stoneyfields park in Edgware with two of her friends for what was supposed to be an afternoon stroll.

Close by, a group of five boys, possibly of Afro-Caribbean origin were playing basketball. They approached the girls and one threw the ball at Hannah’s head. He is then alleged to have said “Hitler should have killed all you Jews when he had the chance” and “you should have all been gassed.”

Some more words were spoken before the girls began to walk away but then two of the group followed them and kicked Hannah in the chest before punching her in the face. The two boys then ran off but it is not clear what happened to the other three boys.

The attack left Hannah with a split lip and bruising to her body and head.

The girls,who were easily recognisable as Orthodox as they were wearing long skirts on Shabbat, were helped by a mother of two children who called the police. However the officers did not arrive until two hours later, when the girls were already back home.

Writing on Facebook, Hannah Goldberg’s father, Alex Goldberg who was a former chief executive of the London Jewish Forum and chair of the Faith Forum for London slammed the police for not taking the attack seriously.

He wrote “I am posting this story in the hope that the Met Police will sort themselves out” and he insisted that the police needed to work with community leaders to understand “community cohesion.”

Mr Goldberg added he was “so proud” of his daughter and her “stoic response,” adding, “both my daughter and I, indeed the whole family, remain committed to eradicating racism, religious intolerance and attacks on women… We shall be jointly writing to the Met Police Commissioner in light of the lack of police response.”