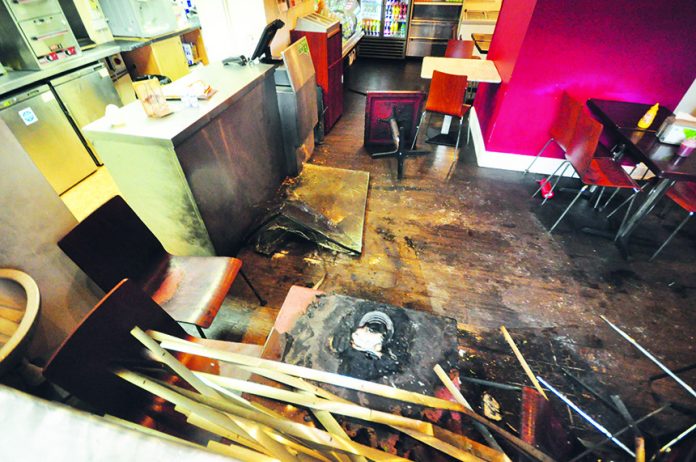 JS Restaurant, the oldest kosher restaurant in Manchester, has been gutted by fire following a suspected arson attack on Tuesday at approximately 4:00am.

The fire, which engulfed the entire ground floor at the popular Prestwich diner, was brought under control after an hour and fifteen minutes by three fire engines.

It is believed a man wearing a mask approached the restaurant before the attack took place.
Greater Manchester Police are investigating an arson attack and in a statement noted that “no one was injured and no arrests have been made.”

Earlier this week, Ta’am, another kosher restaurant in the city, was firebombed for the second time in two years, and CCTV captured images of two youths conducting the attack, although thankfully, it was unsuccessful.

A spokesman for JS Restaurant told The Manchester Evening News that it looked like the attackers kicked in the window and got into the premises.

They then doused the restaurant in a liquid and set it alight, similar to an arson attack at the nearby Ta’am restaurant last year.

“We are working very closely with GMP but there is no specific information at this time to prove that the attack was or was not anti-Semitic and we don’t want to jump to any conclusions about what has occurred,” said a CST spokesperson.

“We will be sending out security advice to restaurants and shops in Greater Manchester today but this is purely precautionary.”

Anybody with information on either attack should contact Greater Manchester Police on 101.