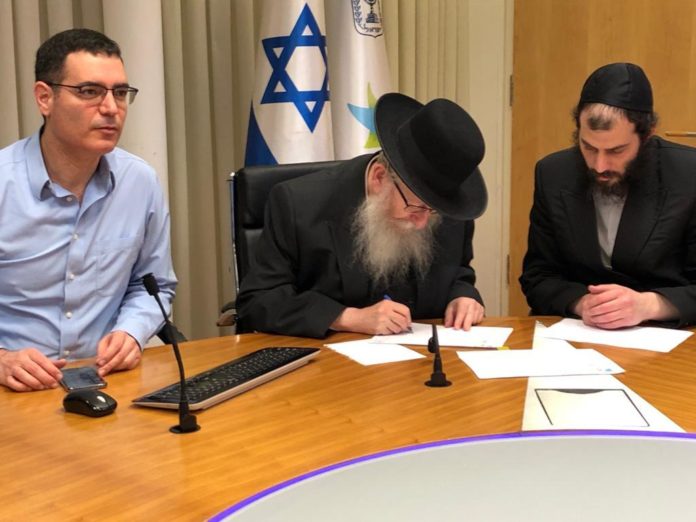 Israel’s Minister of Housing and Construction Yaakov Litzman has warned the new unity government that he will quit his post if the rabbinate allow women to take rabbinical exams.

The quartet discussed ways of halting the High Court of Justice allowing women to take rabbinical exams for accredited certification.

Orthodox communities in Israel are outraged by the prospect.

Inclusivity is a major debate in Israel and Litzman told ministers during Prime Minster Benjamin Netanyahu’s cabinet meeting on Sunday that he would relinquish his post if the rabbinate was compelled to ordain women to the rabbinate or dayanut.

“We will not allow some to receive smicha from the rabbinate,” Rabbi Yosef reportedly confirmed during the meeting.

Avitan added, “Halacha as well as Jewish tradition, which the rabbanite has sworn to uphold, prevent the giving of smicha to women. If women would like to take tests in the study of Talmud they can do so under the framework of the Ministry for Higher Education.

“Such tests already exist in numerous universities around the country.”

Plans are now afoot to ensure details in this matter are concise. A detailed proposal will be put in place to counter any decision by the High Court