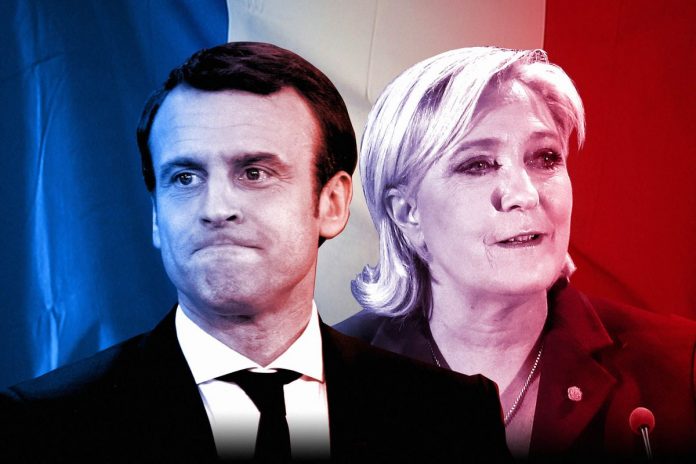 Following Emmanuel Macron’s decisive victory on Sunday against Marine Le Pen, French Ambassador to Israel Helene Le Gal insisted that she believed the president-elect will be a friend to Israel.  Speaking to Army Radio, Ms Le Gal said, “He was very impressed with the innovation system in Israel, and when he came back to France he was inspired.”

But Emmanuel Macron has a history of being extremely critical of Israel, and in the past he has strongly condemned the Jewish state over settlements, excessive responses to rocket fire and terrorist acts and raised international concerns over Israel’s commitment to the peace process.

However, Marine Le Pen’s policy of banning the kippah in public, working to undermine Zionism – as she promoted total allegiance to France by its citizens – and playing down France’s role in its deportation of the Jews, was extremely disturbing. In fact Le Pen denied France had any involvement in the deportation of its French citizens to Nazi extermination camps during the Holocaust, playing right into the hands of its extreme fascist followers which may well have cost her essential votes.

Marine Le Pen explained to Israel TV News on several occasions that she was asking the Jewish community in France to pay a “small” price to help bring the nation together, whilst she would clamp down on Muslim extremism.

But Dr Dov Maimon, senior fellow at the Jewish policy institute based in Israel, said that during the last few months, the Jewish community in France announced a union with the Muslims. The objective was to unite against the far-right because Shechitah and circumcision may have also come under threat if Le Pen would have been elected president.

As part of Le Pen’s commitment to secularism, she had said last year she was opposed to ritual kosher in addition to halal slaughter.

The French native who is head of the institute’s European desk explained how the tension between Jews and Muslims in France is huge and still rising, but they had to make an agreement to keep out Le Pen.

“The French population is made up of 10%-15% of Muslims, but around 70% of them are anti-Semitic in some way,” with 25% of them supporting fundamentalism, he said.

Dr Maimon, who was instrumental in bringing waves of French Jews to Israel, said Emmanuel Macron will attempt to create more jobs and roles for French Muslims in order to bring them into French society. But will Macron fight the anti-Israel extremism within the Muslim community? Probably not, and Dov Maimon suggested that the Jews in France did not even have that type of influence to make such a proposal.

The big question is will Jews still have a future in France, and Maimon was quick to answer. “If Macron can change the economy from a classical industry to a high-tech society, then Jews could play a major part.” But he admitted it won’t be easy because the unions are very powerful and will try to block any such changes. Even the president-elect acknowledged he faced an “immense task” ahead.

Addressing a divided nation in Paris after his convincing victory, Mr Macron pledged to “guarantee unity.” The 39-year-old became France’s youngest-ever president, overwhelmingly defeating Marine Le Pen for the Elysee Palace with 66.10% of the vote compared to his rivals’ 33.90%.

The French president-elect vowed “over the next five years, which are just getting underway, my responsibility will be to calm fears, to bring us renewal with optimism, to rediscover our capacity to overcome, which captures the essence of France better than anything.”

Macron is a keen enthusiast of a federal united European Union and will be a key ally to German Chancellor Angela Merkel when it comes to tough Brexit negotiations with Theresa May’s team.

France is a country with 10% unemployed, and nearly a quarter of young people are out of work. It never really pulled itself out of the 2008 recession, and although this election was supposed to be about jobs, the economy and security, it turned into a vote of who to keep out of the Elysees Palace.

In the end, an unprecedented number of French eligible voters, which numbers around 47 million, either boycotted Sunday’s election or made the trip to the polling station but preferred to spoil their ballot papers – done by a whopping 11% of voters.

Macron has been described by his critics as “the same old wine but in a new bottle.” A very wealthy millionaire, he was the economy minister in the socialist party before breaking away to become an independent with a brand new party name. But still today many don’t know his agenda or whether he will have any power to change much in France.

Nevertheless if Marine Le Pen would have won, she would be taking steps to ban dual citizenship with non-European countries under her proposed immigration programme.

This would mean French Jews with Israeli passports would be forced to renounce their Israeli citizenship.

Mrs Le Pen had previously declared on many occasions that she stood by the Jewish community and supported Zionism. But banning the kippah in public with her policy of clamping down on all religious garments was not convincing too many people within the community.

Mr Kandel even called it “pure anti-Semitism,” because banning the kippah, questioning French Jews about their relationship with Israel, and insisting that they had to be loyal to France was “destroying the identity of French Jews which rests both on their Judaism and on their ties to Israel.”

It will be hard to predict how many French Jews will leave France this year, but one thing is for sure: not too much is likely to change in France as President-Elect Macron will not have the support to push through his reforms.