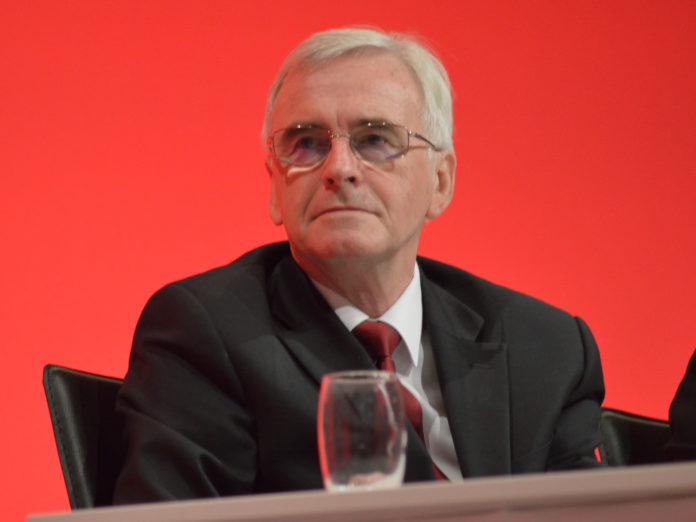 Shadow chancellor, John McDonnell, called on his party to adopt the International Holocaust Remembrance Alliance definition on the eve of the National Executive Committee meeting on Tuesday.
But as the anti-Semitism storm continues to engulf the Labour Party with a deluge of allegations against leader, Jeremy Corbyn, controversial left-wing candidate, Pete Willsman, was one of nine elected to constituency seats by Labour’s National Executive Committee earlier this week.
Former prime minister, Gordon Brown, joined deputy leader, Tom Watson, and shadow foreign secretary, Emily Thornberry, in calls for the adoption of the IHRA definition whilst former Chief Rabbi, Lord Jonathan Sacks, described Corbyn as a danger as great as Enoch Powell in the 1960s to community relations.
In the ongoing saga, Labour MP Frank Field, who sensationally resigned the whip over alleged bullying in his party and handling of anti-Semitism, announced he will not trigger a by-election.
Mr Field had announced he would sit as an Independent but after what he called “wide support from people in his constituency”, he decided to continue serving Birkenhead as he has done for four decades.
Corbyn stated in the media on Monday that he did not see why Mr Field had resigned the whip last week, whilst the veteran MP, who noted a culture of “intolerance, nastiness and intimidation” among local members for his decision, affirmed he would fight attempts to expel him in the courts if need be.
Regarding Mr Field’s alleged bullying claims in the party, Corbyn said intimidation had no place in any political party, particularly the Labour Party.
The Jewish Labour Movement slammed the inclusion of Corbyn-supporter, Willsman, in Labour’s ruling body as he has been criticised for comments in the anti-Semitism row during the summer.
JLM tweeted: “We note the election of Willsman to the ruling body of the Labour Party. It does appear to be one rule for friends of Jeremy and one rule for others. Others remain under investigation whilst Willsman faces no further action for insulting community rabbis representing British Jews.”
Jennifer Gerber, Labour Friends of Israel, described his re-election to the NEC as “deplorable”.
“A terrible reflection on Labour’s commitment to tackling antisemitism,” she said.
“Jeremy Corbyn and Momentum should immediately call upon him not to take his seat so his shameful remarks do not further taint the party’s already tattered reputation.”
Board of Deputies Vice President, Amanda Bowman, added that Willsman had made “reprehensible” comments about Jews and it was deeply concerning.
Ms Bowman noted Corbyn had failed to rebuke Willsman during his anti-Semitic tirade and General Secretary Jennie Formby had “let him off the hook”.
“This has all taken place during a summer of equivocation and denial emanating from the Labour leadership,” she added.
“To get anywhere near turning the tide and proving that it can return to being an anti-racist party, Labour’s NEC must adopt the full IHRA definition with all its examples tomorrow and then begin taking firm disciplinary action against all those who commit anti-Semitic acts and bring the party into disrepute by denying the problem.”
“I believe we must accept and address the hurt felt by our Jewish neighbours. I have therefore called on our Party to adopt the IHRA definition of antisemitism, including all its accompanying examples, into Labour’s rule book.
“I am urging Jeremy Corbyn to apologise for the pain and anguish he has caused the Jewish community, for comments he has made and the company he has kept. And I will continue to urge our Party to take further, immediate measures to root out the antisemitism in our midst.”
Meanwhile the Metropolitan Police are set to examine dozens of incidents of online anti-Semitism by Labour Party members.
The file was passed to Police Commissioner Cressida Dick by LBC Radio on Tuesday just a few hours before Labour’s NEC was set to discuss its new code of conduct on anti-Semitism.
After comments were noted, Simon Johnson, Jewish Leadership Council Chief Executive, questioned why cases had not been sent already.
“If so many of these cases are serious enough to be referred to the police and yet Labour is dragging their heels in dealing with them, that clearly contributes to the complete lack of confidence that the Jewish community has in the way Labour is dealing with these at the moment,” he said.
“If Jeremy Corbyn was a competent leader, he would have already dealt with these cases of anti-Semitism months ago.
“And he would have rid this party of the stain that now affects them.”