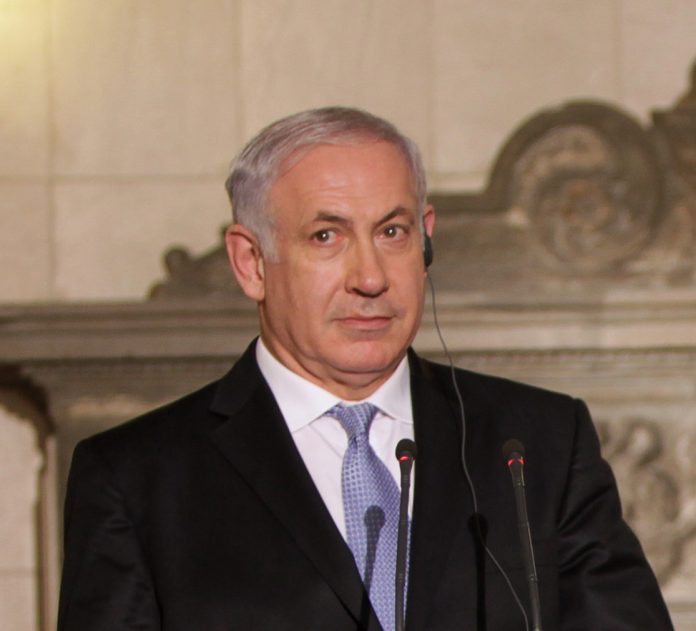 Prime Minister Benyamin Netanyahu and politicians from all sides lined up to slam the Hebrew University of Jerusalem over a report that said the national anthem would not be sung at a graduation ceremony last Thursday evening so as not to offend Arab students.
Army Radio reported that it had obtained a recording of a student querying the decision to not sing Hatikva during the ceremony at the Mount Scopus campus, and being told by an employee of the Humanities Faculty that it was out of “consideration for the other side” — an apparent reference to Arab students.

The Prime Minister called it “a disgrace” and added, “It is the height of servility, the opposite of national pride.” In a statement Mr Netanyahu said, “We are proud of our country, our flag, our anthem, and it only strengthens my resolve to pass the Jewish State bill that we are leading, in order to anchor in law the national symbols that are so dear to us.”

Responding to the censor, the university said that the graduation ceremony “has followed the same format for years,” and that there had been no new decision taken to “cancel” the anthem. It said the national anthem is always played at the state ceremonies that it holds, and that the university president had made this clear to the education minister.
The controversial Jewish State bill, currently making its way through parliament, would enshrine Israel’s status as a Jewish nation-state and national symbols such as Hatikva in its Basic Laws.

The national anthem, whose lyrics express the yearning of Jews throughout the ages to return to Zion, has been the subject of protests by some of Israel’s non-Jewish citizens. Arab MKs have frequently left the Knesset plenum in protest when it was sung. In 2015, President Reuven Rivlin said that he understood why Israel’s Arab citizens feel uncomfortable with the national anthem and, maintained they should not be forced to sing it.

Education Minister Naftali Bennett, who leads the nationalist Jewish Home party, contacted the president of the Hebrew University, Professor Menachem Ben-Sasson, to protest the exclusion of the anthem.

A ministry statement said that Bennett clarified to Ben-Sasson that “at every state ceremony that is held at the university, Hatikva should be played.”

The ministry said that Ben-Sasson committed to ensuring Hatikva is sung at state ceremonies in the university and said he would look into the circumstances of last Thursday’s graduation ceremony with the deacon of the Humanities Faculty, Professor Dror Wahrman.
Other politicians took to social media to vent their criticism of the university. Justice Minister Ayelet Shaked tweeted, “The Hebrew University – a disgrace.”

Knesset Speaker Yuli Edelstein wrote on Twitter that “in an institution, where it is forbidden to sing the national anthem, there is no hope and no humanity.” He called on university heads to “immediately reverse the decision.”

Condemnation also came from opposition MK Tzipi Livni of the Zionist Union faction, who tweeted, “Hatikva is the anthem of Israel. Instead of running away from symbols, we need to protect a state for the Jewish people with equality for all. The decision by the Hebrew [University] is a mistake, and plays into the hands of right-wing extremists.”

However, MK Zehava Galon, who leads the left-wing Meretz party, dismissed the issue as “fake news” and asserted that the national anthem hasn’t been sung at the ceremony for at least the past four years.

“For several hours we’ve been seeing totally fake news,” she said in a Facebook post.
“At state ceremonies the national anthem needs to be sung. That is a given, even if it is hard for Arabs to identify with singing ‘a Jewish soul yearns.’ But that is not what is happening here. Handing out academic certificates, with all due respect, is not a state ceremony, and no anthem was cancelled. It never was [a part of the ceremony].”

The Hebrew University noted that there is no formal instruction or requirement to include the national anthem at academic ceremonies.