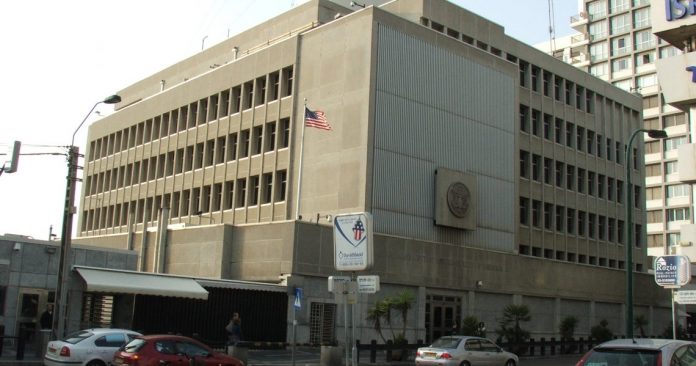 Israeli Prime Minister Benjamin Netanyahu has said he expects the US Embassy to be relocated to Jerusalem within a year.
Mr Netanyahu, currently on a state visit to India, told journalists on a flight from Delhi to Gujarat: “My solid assessment is that it will go much faster than you think: within a year from now.”
His assessment differs from that of US Secretary of State Rex Tillerson, who last month said the move was “not going to be anything that happens right away. Probably no earlier than three years out, and that’s pretty ambitious”.
In a related development, US Special Representative for International Negotiations Jason Greenblatt is expected to arrive in Israel today for a series of meetings, as the fallout from the US Jerusalem announcement continues. On Sunday, Palestinian Authority (PA) President Mahmoud Abbas gave a fiery speech at the PLO Central Council in Ramallah, renouncing the 1993 Oslo Accords and announcing that the PA “will not accept American leadership of a political process involving negotiations”.
The Israeli newspaper Maariv today quotes an unnamed Western diplomat, who says that Abbas “not only undermined his own standing as the Palestinians’ leader, but he also dealt a mortal blow to any chance and hope of advancing the Palestinian cause in the UN. After an attack of that kind on the US and his disdain for the Oslo Accords, which enjoy broad support, the PA’s chances of being accepted as a member of the UN are now close to nil,” he added.