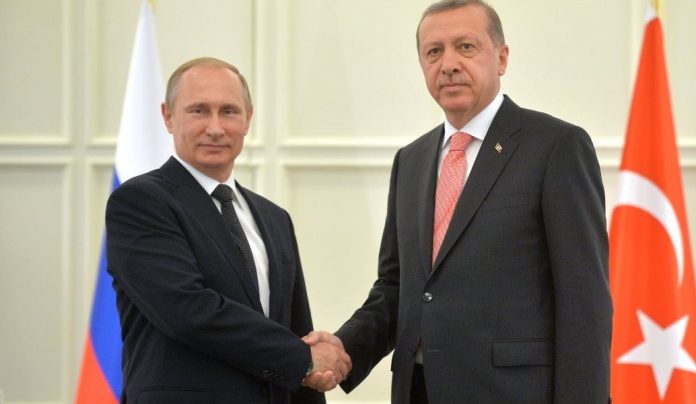 Israeli Prime Minister Benjamin Netanyahu discussed the situation in Syria with Russian President Vladimir Putin earlier this week ahead of a summit meeting between Putin and his Iranian and Turkish counterparts in Sochi on Wednesday.
The Russian President and the Israeli Prime Minister discussed the de-escalation zone in the south of Syria, according to Kan Radio News in a phone call last night Netanyahu expressed Israel’s opposition to Iranian military entrenchment in Syria.
Putin also spoke with US President Donald Trump, Egyptian President Abdel Fattah al-Sisi and King Salman of Saudi Arabia. A statement by the White House said Trump and Putin had both expressed support for a UN-led process to resolve the Syrian conflict and that they “affirmed the importance of fighting terrorism together”.
Putin hosted Iranian President Hassan Rouhani and Turkish President Recep Tayyip Erdoğan in Sochi, following a summit of the three countries’ Chiefs of Staff yesterday. A joint statement said that the trio discussed “concrete steps to complete the elimination of the remaining IS and Nusra Front formations”.
Putin also received a surprise visit from Syrian President Bashar al-Assad in the coastal city on Monday to discuss potential peace initiatives for Syria ahead of the latest round of Geneva peace talks later this month.
Also this week, the former Commander of the Russian Air Force Gen. (res.) Viktor Bondarev, who now chairs the defence affairs committee in Russia’s upper house in Russia’s Federation Council, said that Russia would retain military assets in Syria after the conclusion of the military campaign. Russia has primarily operated from an air base in Latakia province and a naval supply facility in Tartus.