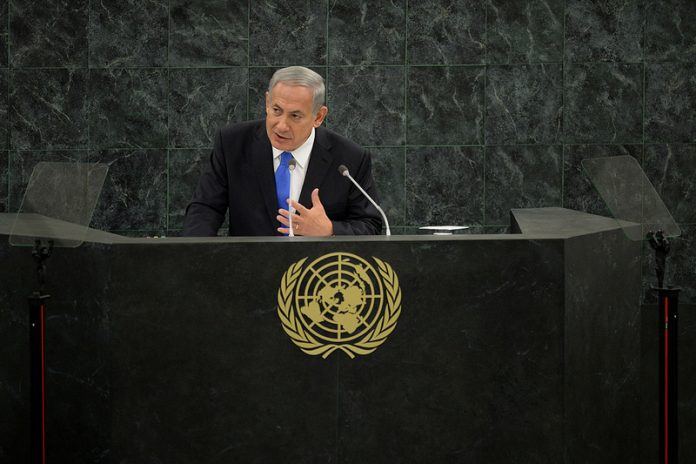 Binyamin Netanyahu has vehemently rejected police recommendations that he should face bribery, fraud and breach of trust charges on allegations of accepting some £200,000 worth of gifts from two billionaires over a period of 10 years.

Speaking at a press conference on Tuesday night, the Prime Minister defiantly said, “I will continue to lead the State of Israel responsibly and loyally as long as you, the citizens of Israel, choose me to lead you,” and added “I am sure that the truth will come to light.”
Netanyahu also vowed the next election will take place on time in 2019 and “I will win your trust again, with G-d’s help.”

The Israeli premier noted that serving his country was his sole motivation since his days as an officer. “If I had been working for my own interests, I would be in a completely different place right now, not here. The only reason I do what I do is to protect the security of the people of Israel. Rest assured that the proper legal authorities will see these recommendations as baseless.”

Under Netanyahu’s leadership the country has de-regulated its industries, opened the skies, reached out to African and Asian nations and seen the country become a technological superpower.

Following almost two years of investigation and speculation, Israeli police recommended the 68-year-old leader be tried for alleged fraud, bribery and breach of trust, although the Attorney General will decide whether Netanyahu faces the two charges.

One known as “File 1000” accuses Netanyahu of receiving extravagant gifts from Hollywood mogul Arnon Milchin and other supporters.

Netanyahu is also suspected of alleged fraud and breach of trust in a case involving Australian billionaire James Packer.

The Prime Minister responded to both allegations with examples of how he had worked against both Milchin and Mozes.

Opposition party heads Yair Lapid of Yesh Atid and Avi Gabbay of the Zionist Union called upon Netanyahu to resign.

But Likud Party members as well as coalition parties are backing the Prime Minister until a possible indictment and eventual conviction is determined.

Lawyers representing Arnon Mozes believe he has a strong legal case and all charges against him would be dropped.

Netanyahu also said at Tuesday night’s press conference that since he was elected Prime Minister, there was hardly a single day that went by when he not subjected to slander and false claims.

“Over these years there have been no less than 15 investigations against me with the goal of bringing me down. They all began with explosive headlines, live broadcasts from the studios, and some of them even with noisy police recommendations just like today.” He added, “These attempts ended with nothing, because I know the truth. I tell you, these too will end with nothing.”