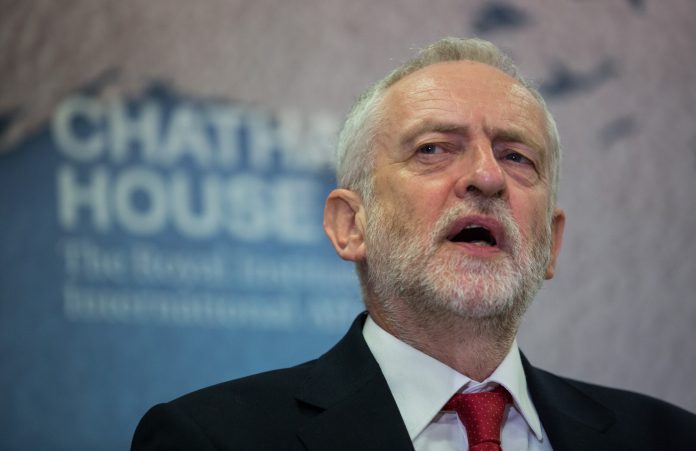 A national demonstration outside Labour Party Head Office took place last Sunday.
Security estimated the crowd size at over 2,000 people crowded onto pavements surrounding Labour Party Head Office. At one point security had to turn protesters away due to overcrowding.
In impassioned speeches, actress Maureen Lipman CBE, Holocaust-survivor Agnes Grunwald Spier MBE, and Rabbi Joseph Dweck demanded that the Labour Party accept and enforce Campaign Against anti-Semitism’s disciplinary complaint against Jeremy Corbyn for bringing Labour into disrepute.
Hundreds of people at the demonstration signed forms backing Campaign Against anti-Semitism’s disciplinary complaint.
Gideon Falter, Chairman of Campaign Against anti-Semitism, asked the crowd whether they wished to return if the Labour Party has not progressed the complaint within a month, to a chorus of “Yes” from the more than 2,000 Jews and non-Jews, many of them former Labour members. The date was set for May 13th.
Conservative Councillor for Edgware , Brian Gordon, said he attended the protest with “mixed feelings”. He said “It was a rousing display of unity, though street demonstrations are not the traditional Jewish way unless circumstances overwhelmingly demand it. The real question is- will this swelling public protest against Corbyn over anti-Semitism weaken his stance as Labour leader and encourage internal rebellion against him? Or could it bolster his position among the Far Left who have taken control of more than a few pockets of the Labour Party? And how much are the general public concerned about anti-Semitism anyway? Much may turn on how Labour fares in the local elections on May 3, which will be a key barometer of public opinion”.