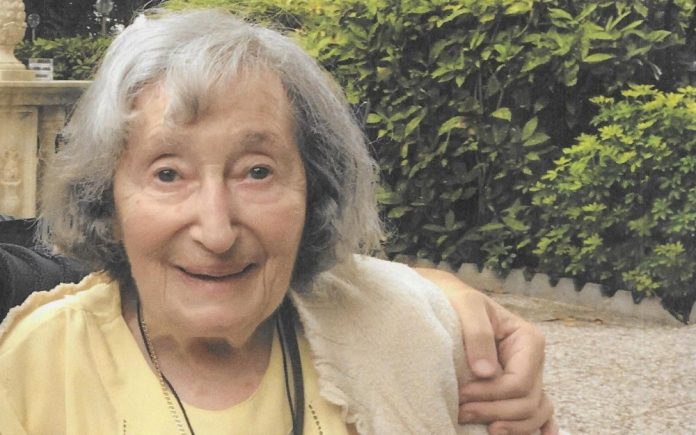 World Jewish Congress has held a memorial service for Holocaust survivor Mireille Knoll at its headquarters in New York in the presence of French Consul General Anne-Claire Legendre.
There was widespread outrage after 85-year-old Mireille was murdered in Paris last month.
“WJC stands together with the French Jewish community in deploring this barbaric and horrific murder,” said President Ronald S. Lauder.
“We must continue to sound the alarm again and again until we put a stop to this terrifying rise of anti-Semitism spreading today across France and all of Europe.”
“No human being should ever have to live in fear of being a target of such aggression because of race, religion or any other factor.
“We are grateful for support of the French government and the swift response of the French authorities to help to bring the perpetrators of this hate crime to justice.”
He added: “We have now had too many wake-up calls in Europe and on other continents. “WJC will continue to do everything in our power for the safety and security of our member communities.
“We count on France, a friend to the Jewish community and to Israel of long standing, to be our partner in the battle against anti-Semitism.”
Two suspects were arrested in connection with the murder of Mirelle who was stabbed to death in her Paris apartment before her home was set on fire.
The killing was investigated by French judiciary as an anti-Semitic attack.
The French Jewish community has witnessed an increase in anti-Semitic attacks in recent years.
Knoll as a child was living in Paris when she escaped the Velodrome d’Hiver cycling track roundup by Nazis in 1942 that resulted in the mass arrest of 13,000 French Jews.
Codenamed ‘Operation Spring Breeze’ the atrocity took place in July 1942.
Thousands of Jews were deported to Auschwitz concentration camp.