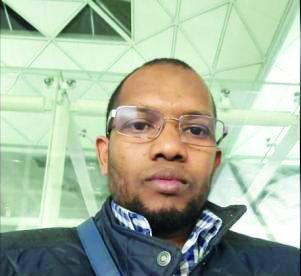 A Somalian delivery driver who fantacized about killing members of the Stamford Hill Jewish community has been jailed for attempting to join Islamic State.
Judge Martin Edmunds QC found 38-year-old Aweys Shikhey guilty of preparing acts of terrorist on or before May 23 last year following a trial at the Old Bailey in February.
Shikhey, who also conversed on social media about killing the Queen, former Prime Minister David Cameron and Tottenham fans exiting White Hart Lane was jailed for eight years with a further four years on extended licence.
Judge Edmunds said: “These conversations although chilling, dangerous and testament to your increasing radicalisation were in my judgment more in the nature of fantasy than conspiracy.
“I am not sentencing you, indeed cannot sentence you, on this charge, for threatened acts of terrorism in this country.”
He added: “Given the scope of your ambition, including your fantasies about the commission of very grave terrorist acts in the UK, and your hatred for those who do not share your views, I have no hesitation in finding you to be dangerous within the meaning of the Criminal Justice Act 2003.”
The court heard that Shikhey on the face of it had led a normal life in London.
But unbeknown to his wife and family in Holland, he was a supporter of Isis and had for about a year planned how he could leave the UK and travel to join Isis.
Following information from Kenyan authorities, officers launched an investigation and his efforts were thwarted.
Counter terrorism officers arrested Shikhey as he prepared to board a flight from Stansted to Sarajevo via Istanbul on route to Syria to fight for Isis last May.
On his arrest, officers seized electronic and mobile devices from Shikhey, both in his possession at the airport and also from his home address.
Officers found further evidence of his support for Isis.
Through chat and audio files on his devices, they discovered further incriminating evidence.
Leading up to his planned flight, Shikhey applied for loans to fund his scheme.
Shikhey, who had a wife in Holland and in Kenya, planned on eloping with his jihadi finance.