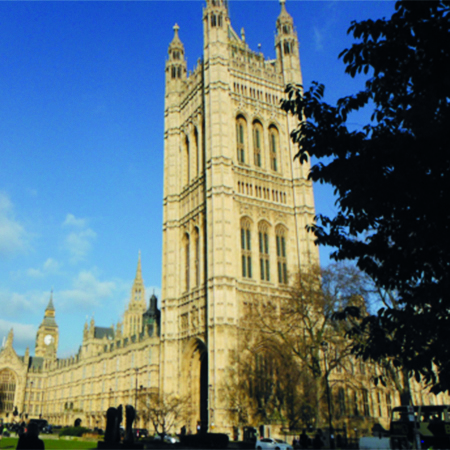 Prime Minister Theresa May earlier this week defended her decision to launch airstrikes on chemical weapons facilities in Syria, as some MPs criticised her for not consulting Parliament before taking action.
The Prime Minister answered questions from more than 140 MPs during the three hour emergency debate in the House of Commons yesterday afternoon. It came after the UK joined France and the US in launching strikes over the weekend. The issue is set to be debated again later today, after Labour Party leader Jeremy Corbyn secured a second emergency debate on a motion that Government must consult Parliament before approving military action.
May told the House, “Tt is in our national interest to prevent the further use of chemical weapons in Syria and to uphold and defend the global consensus that these weapons should not be used.” She said it was the “legally and morally right” course of action. May said the UK had explored “explored every diplomatic channel” before pursuing military action, and that there was “clear evidence” that the Assad regime was behind the Douma chemical weapons attack. The Government published its legal advice authorising the strikes on Saturday.
Corbyn was among the most staunch critics of the decision, telling the House “The Prime Minister is accountable to this Parliament, not to the whims of the US President.” May refuted this notion saying that the decision was taken not under pressure from the US but because it was “the right thing to do”.
Corbyn also said that, “While much suspicion rightly points to the Assad Government, chemical weapons have been used by other groups in the conflict—for example, Jaish al-Islam, which was reported to have used gas in Aleppo in 2016, among other groups.” He further called the government’s actions against Syria “legally questionable” under international law.
Some Labour MPs spoke out in support of the strikes. Jess Phillips told Parliament: “I regret that were wasn’t a parliamentary vote on this issue. But I wish to tell the Prime Minister and the House that she would have had my vote had I been asked to give it.”
In a sign of international support, the 28 EU foreign ministers endorsed the missile strikes and are considering new economic sanctions against the Assad regime. US Ambassador to the UN Nikki Haley said on Sunday that the United States would announce new economic sanctions aimed at targeting Syrian President Bashar al-Assad’s alleged use of chemical weapons. However, the White House said on Monday that no decision had yet been taken.