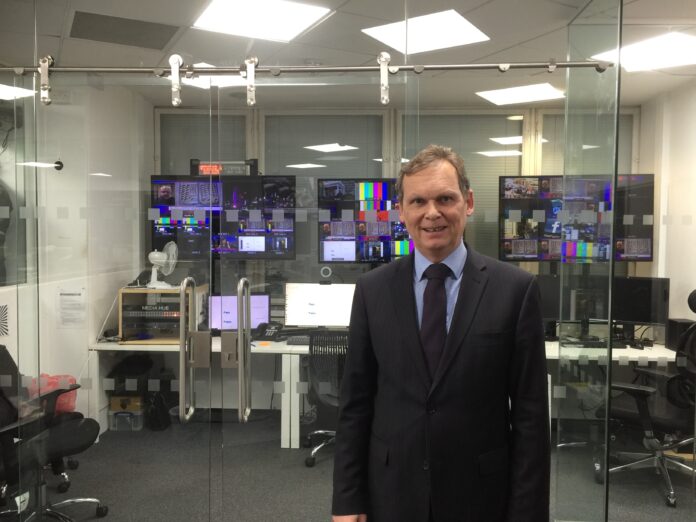 When I hosted weekday afternoons on LBC Radio back in the nineties, I tried to put aside all the partisan rubbish and nasty comments, and focus on the actual facts of a controversial news story.

Almost three decades later, I do the same as a guest on news networks, when posting on my social media platforms and a podcast show I host. But it doesn’t surprise me that because so many news outfits refuse to follow this rule, only 22% of people trust the news in the UK.

Although the figure was slightly higher in the United States, before the election, I am staggered at talk news presenters everywhere, who feel it is their duty to push their own political views on the nation, without allowing others to put across their view on a level playing field.

You would of course be forgiven for believing that “Donald Trump has offered no evidence whatsoever” for suggesting there was fraudulent voting in a number of States. But that is NOT true.

Whether or not you loath the man and his harsh style, the fact is that there have been at least 8 legal cases filed in courts of law. They range from more votes being cast in some cities than actual registered voters, to absentee ballots being sent to the same person more than once. I heard from one lady in New York that her husband received 3 postal vote forms, even though he passed away nearly 3 years ago. And by the way, she was a Democrat who assured me that she did not cheat.

Another woman in Florida told me that her friend had completed and returned her postal vote, but that she also somehow voted on election-day, in person, because her name was still on the registered form at the polling station.

Last Sunday, Trump’s legal team held a press conference to confirm an employee of the Postal Service was instructed by his supervisor to backdate postal votes that arrived after 8pm on 3 November, which is when polls closed. I already had his testimonial on my smart-phone before this news conference.

Anyone who suggests this is not evidence, does not understand the meaning of the word. If this person is found to be lying, he will go to jail – it’s that simple.

This individual signed an affidavit which was passed on to the court by lawyers and is evidence to bring about an investigation, where the court will determine the outcome. So why do the news networks insist “Trump offers no evidence to substantiate these claims?”

It is quite possible the court will throw out this and other cases filed, but at least report what is happening.

In 2000, Florida came down to a very fine margin between Vice President Al Gore and George W. Bush. After Gore exhausted the legal system, he finally conceded more than 6 weeks after the election. In 2004 the U.S. News Networks called the election in President Bush’s favour, but the Democrats disputed the results and delayed the process in Congress.

In 2016 there were several recounts and legal challenges in different states initiated by the Hilary Clinton team against Donald Trump.

American institutions are built to deal with these types of legal concerns and they have the correct tools to address concerns.

The President therefore has every legal right under the constitution to look into allegations of irregularities and request recounts under the law.

The difference in votes between Trump and Biden in the swing states are in some cases less than 15,000 with more than 5 million votes cast.

If any major irregularity has occurred which affects the outcome, surely we all want to know the truth. And if the Democrats feel confident that nothing has gone wrong, they should have no reason to fear any extra scrutiny.

To suggest that the President MUST accept the election results when the Democrats have spent the last 4 years refusing to accept the result of the 2016 election is quite ironic, especially as it was them who insinuated this election would be illegitimate, if they lost again.

If it becomes clear that Joe Biden is the official legitimate President elected, then I will encourage everyone to accept the result and move on.

But we cannot dismiss the fact that Trump won more than 3 million extra votes, than in 2016 and therefore his constituency has grown. It is big, it is powerful and cannot be ignored. Had he toned down his strong personal rhetoric and zig zagging on the Corona virus, he may well have won beyond any doubt.

And whatever happens, I don’t think Trump is leaving politics anytime soon.

In focusing so much on getting Trump out of the White House, the Democrats took their eyes off Congress. The Democrats lost seats in the House and they still do not have control of the Senate.

But we have to wait to hear what the courts say and I suspect there will be recounts.