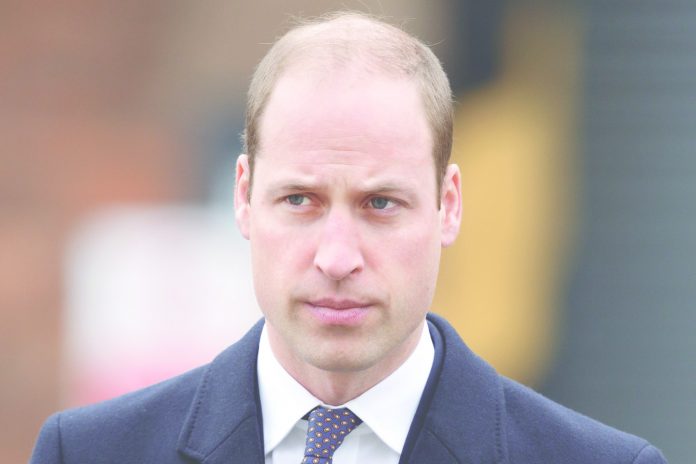 Middle East peace is a “lifelong” project for Prince William a British tabloid newspaper has reported.

The highly regarded Palace source quoted last weekend in the Sunday Mirror that Prince William’s historic five-day visit to the region made a “profound impact” on him.

The Duke of Cambridge was not quoted directly but the source claimed he was moved by the suffering endured by youngsters and was determined to solve the region’s long time mutual hostility.

Prior to the official visit, the second in line to the throne reportedly requested a history of the conflict and previous peace talks from staff.

And at its conclusion, he reportedly told aides the visit was the start of something new and he would honour commitments to people he met.

The source added that current politicians could impact on the younger generation for a few years whereas his duty was for life.

The ‘non-political’ trip saw the Duke meet Israeli and Palestinian leaders aside from visiting religious and iconic sites where every step of his sojourn was closely scrutinised by the worlds’ press.

And during a packed schedule he met people from a cross-section of life.

Prince William began his last day in Jerusalem’s Old City by laying flowers at the grave of his great-grandmother, Princess Alice, who saved a Jewish family during the Holocaust.

Accompanied by a Russian Orthodox clergyman, he was following in the footsteps of his father, Prince Charles, and grandfather, the Duke of Edinburgh, in paying homage.

UK Ambassador, Mark Regev, tweeted, “A truly remarkable woman who risked her life to save Jews during the Holocaust honoured by Yad Vashem as ‘Righteous Among the Nations”.

At the Western Wall, The Duke wore a blue yamulka and was accompanied by Chief Rabbi Ephraim Mirvis.

And he followed in the tradition of placing a note inside the Western Wall, prior to signing the guestbook.

In it the 36-year-old Prince noted, “May the God of peace bless this region and all the world with peace”.

“Today we experienced a moment of history which will live long in the memory of Jews around the world,” said the Chief Rabbi who described him as a “figurehead” for a next generation.

“The Western Wall stands at the epicentre of our faith.

“To see the future monarch come to pay his respects was a remarkable gesture of friendship and a sign of the Duke’s regard for the sanctity of Jerusalem.”

Prince William then went on to Jewish, Muslim and Christian holy sites before returning to London.

Earlier in his whistle-stop trip, he visited Yad Vashem calling for a “just and lasting peace”.

Prior to his departure from the Holocaust Centre, he left a poignant message: “Every name, photograph and memory recorded here is a tragic reminder of the unimaginable human cost of the Holocaust and the immense loss suffered by the Jewish people.”

He added: “The story of the Holocaust is one of darkness and despair, questioning humanity itself.

But the actions of those few who took great risks to help others are a reminder of the human capacity for love and hope.”

He continued,” We must never forget the Holocaust – the murder of 6 million men, women and children, simply because they were Jewish. We all have a responsibility to remember and to teach future generations about the horrors of the past so that they can never reoccur.”

No public statements were made after an audience with Prime Minister Benjamin Netanyahu but when President Reuven Rivlin welcomed him, Israel’s Head of State told the Prince he was “writing a new page in history.”

And he appealed for Prince William to convey a message of peace to Palestinian Authority President Mahmoud Abbas in Ramallah during his visit.

In a televised audience, with the Israeli President, Prince William said he hoped peace could be achieved, he also wanted to absorb and understand the different issues, cultures and religions during his visit.

Turning his attentions to the Middle East conflict, Prince William commented, “Never has hope and reconciliation been more needed for a just and lasting peace.”

A week on from his Middle East journey, reaction around the world has been positive.