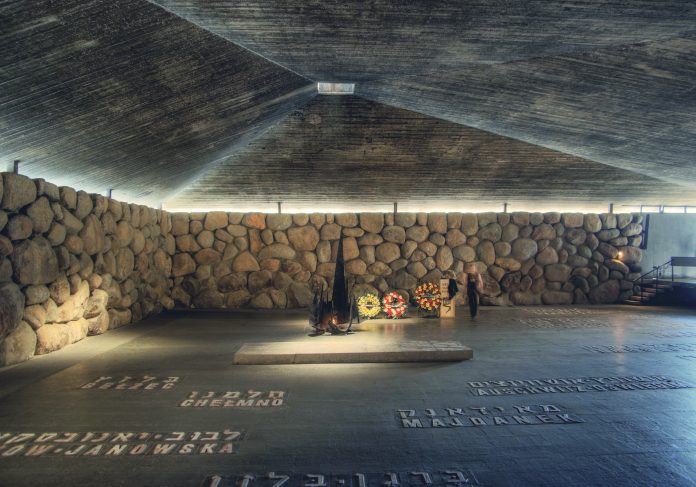 Prince William has called for a “just and lasting peace” during his historic five-day Middle East tour of region.

His journey to Israel, Jordan and the Palestinian Occupied Territories has been hailed a success in many quarters.

During a packed schedule in Israel, he met people from a cross-section of life aside from politicians and dignitaries.

The Duke of Cambridge began his Israeli tour at Yad Vashem in Jerusalem on Tuesday morning and was clearly moved by what he learnt about the Holocaust.

During a tour of the memorial museum the second in line to the throne met two Holocaust survivors, rescued on the kindertransport and laid a memorial wreath to commemorate the six million Jews murdered during the Shoah.

Viewing first-hand a display of shoes in the Holocaust museum, the Prince noted he was trying to comprehend the scale of what he was viewing.

Prince William is aware his great-grandmother, Princess Alice, is recognised by Yad Vashem as ‘Righteous Among the Nations’ after hiding three members of the Cohen family – Rachel, Tilda and Michelle – in her Palace in Athens during the Nazi occupation of Greece.

Prior to his departure he left a poignant message to Yad Vashem’s visitors.

In it he noted: “It has been a profoundly moving experience to visit Yad Vashem today. It is almost impossible to comprehend this appalling event in history. Every name, photograph and memory recorded here is a tragic reminder of the unimaginable human cost of the Holocaust and the immense loss suffered by the Jewish people. The story of the Holocaust is one of darkness and despair, questioning humanity itself.

But the actions of those few who took great risks to help others are a reminder of the human capacity for love and hope. I am honoured that my own great grandmother is one of these righteous among the nations.

We must never forget the Holocaust – the murder of 6 million men, women and children, simply because they were Jewish. We all have a responsibility to remember and to teach future generations about the horrors of the past so that they can never reoccur.  May the millions of Jewish people remembered by Yad Vashem never be forgotten.”

No public statements were made following an audience with Prime Minister Benjamin Netanyahu and his wife, Sara at their official residence.

But Israel’s Head of State President Reuven Tivlin at his official residence said it was an honour to welcome him to the State of Israel and Jerusalem.

“You are writing a new page in history,” President Rivlin reportedly said.

“You are the first one to come not only as a Prince but also as a pilgrim to the Holy Land, Jerusalem.”

He added, “You have left us a great administration because we adopted most of your tradition and we really appreciate the connection between our two people and two States, the cooperation and the friendship.

Making reference to the Middle East peace process, Israel’s President asked Prince William to convey a message of peace to Palestinian Authority President Mahmoud Abbas when he visits Ramallah during his visit.

“Tell him that it is about time, that we have to find a way together to build confidence,” he reportedly said before sending regards to the Royal Family.

Addressing President Rivlin in a televised audience, Prince William expressed his gratitude for the reception received.

“It’s my first visit to Israel and I’m very much looking forward to getting to meet as many Israelis as possible, understand Israeli history and culture over the next few days,” he said.

“I had a very moving tour around Yad Vashem this morning which really taught me quite a lot more than I thought I already knew about the true horrors to the Jews in the war so I very much appreciated the time everyone gave to showing me around the museum.”

Prince William added, “I, like you, look forward to understanding lots about the region and about hoping that peace in the area can be achieved.

During the meeting, there was also a light-hearted moment as they talked about football.

And the Prince had a gift as he presented the Liverpool and Beitar Jerusalem fanatic with a signed Stephen Gerrard shirt to mark the visit.

Travelling on to Jaffa to visit the Equaliser football UJIA-programme run by the Peres Centre for Peace, Prince William donned casual clothes where he participated in a penalty shoot-out with Jewish and Arab children, scoring twice.

He also met with Mayor Ron Huldai in Tel Aviv, stopping off at Frishman beach where he chatted to sun-worshipers and Footvolley players prior to a reception hosted by Ambassador David Quarrey at the British Embassy in Ramat Gan.

During his address, Prince William said that visiting Yad Vashem was a profoundly moving experience that brought back powerful memories of his visit to Stutthof concentration camp.

Referring to his great-grandmother, Princess Alice, he noted that her story was a “matter of great pride for my whole family”.

He added: “We must never forget what was perpetrated against the Jewish people in the Holocaust.

“I am well aware that the responsibility falls now to my generation to keep the memory alive of that great crime as the Holocaust generation passes on. And I commit myself to doing this.”

He continued: “Israel’s remarkable story is partly one of remembering this terrible past but, also, looking forward to a much more hopeful future. There is – and I’ve seen it already – an essential vibrancy to this country.

“From the early stories of the kibbutzim; to the revival of Hebrew as a living, modern language; to the hi-tech economies that we see around us here in Tel Aviv – the modern story of Israel is one of inventing, creating, innovating, and striding confidently into its future.”

Commenting on the relationship between Israel and the United Kingdom, he noted, “The ties between our two countries have never been stronger, whether in our record levels of trade and investment, our cooperation in science and technology; or the work we do together to keep our people safe.”

Turning his attentions to the Middle East conflict, Prince William commented, “This region has a complicated and tragic history – in the past century the people of the Middle East have suffered great sadness and loss.

“Never has hope and reconciliation been more needed. I know I share a desire with all of you, and with your neighbours, for a just and lasting peace.

“The United Kingdom stands with you, as we work together for a peaceful and prosperous future.”

The Middle East five-day tour began in Jordan, where he was greeted by Crown Prince Al-Hussein bin Abdullah II.

Prime Minister Netanyahu greeted Prince William on his Facebook page before his arrival in Israel.

“A first historic visit by a representative of the British Royal Family. Welcome, Prince William,” he noted.

Levin reportedly told him that there was no better time to be in the Holy Land than the World Cup as it would increase the England’s chances of winning.

Kensington Palace published a tweet in Hebrew and English saying “Prince William arrives in Israel, on the first official visit by a senior member of the Royal Family.”

After the initial phase of the Israel sojourn, Prince William visited Ramallah in the West Bank where he met Palestinian Authority President Mahmoud Abbas.