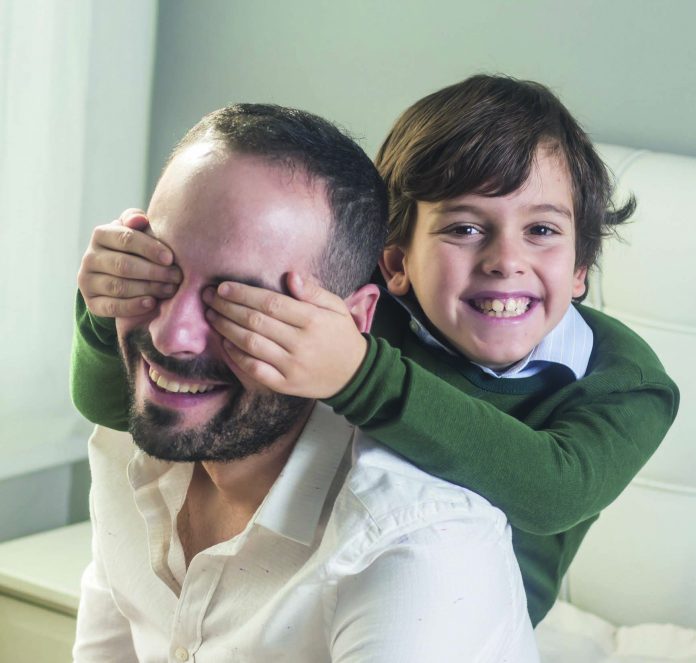 A few years ago there was a poignant video doing the rounds. A young boy of about seven years old, called his busy father in the office. Seeing that the call came from home the father took it, although he was in the middle of a meeting. “Dad, can I ask you a question?” “Listen son, I’m in the middle of the meeting. Can’t it wait until later on?” The son puts down the phone and calls again a couple of hours later receiving a similar response with strained patience. The scene repeats itself several times throughout the day. Eventually Dad makes his way home after a long day’s work and before he has even taken off his coat, our seven-year-old hero approaches him again. “Dad, now can I ask you a question?”  “Not now son I’ve just come through the door.” This time the son slinks off dejected and defeated. It is only once he is tucked up in bed that it occurs to dad that maybe he should find out what his son wanted with such urgency. Dad comes upstairs to say good night, perches on the edge of his bed and asks his son to tell him his question.  “Dad, how much does it cost to have an hour of your time?” His father named the sum puzzled by the enquiry. At which point the young boy pulls out his savings jar and with poignant innocence says to his father. “Dad, can I have 20 minutes of your time?”.

As a society, we have been described as “asset rich, time poor”.  None of this will be news to those reading this article. In fact, if you have made time to read this article, you are probably ahead of most. The purpose of these articles is to trigger thought and to raise issues sometimes reassuring and sometimes uncomfortable. I hope always worthwhile.

There is a reality about relationships. Relationships of quality and depth take time to develop. In Hebrew, the word for progeny is “zera”.  Literally, this means “seed”. To my mind, as well as the obvious physiological reference, it also denotes the emotional process in nurturing a child. Like a seed or a plant, one cannot rush its growth. It has seasons, growth spurts, slowdowns and needs cultivating with careful and dedicated attention.

Today we often hear the term quality time. The concept is a positive one. It means that when we engage with another person within the framework of a relationship we do so in a manner that is qualitative and not superficial. It is focused and without distractions. However, sometimes we use it as a smoke screen – to express the belief that quality time can replace quantity time. “I don’t have a lot of time to spend with the kids but when I do it is quality time”. Granted that in our busy lives, it is not easy to find time, but on the other hand, let’s be candid and real. In developing a lifelong relationship, we need to invest both quantity time and quality time.

Often children are not ready to share information, just because we as parents are ready to hear it. When a child comes home through the door after school and we as parents ask the innocent question, “How was your day?” The response is sometimes a curt “Fine”. They suspect that the apparently innocuous question really means “Did you have your lunch?” “Did you get into trouble in any of the lessons?” “Did you have anyone to play with during lunchtime or were you wandering around the playground by yourself?” The child may well be facing these concerns. Now they want to come through the door and escape those issues. An hour or two later, once they have unwound chatting round the kitchen table, the child may slip in the phrase “I didn’t have lunch today.” With skilful listening (the subject of an article to come) a parent can gently explore the issue further. Quality time alone may not provide the environment in which the child is ready and able to share the struggles that they are encountering.

Perhaps the biggest threat to quality time itself, are the devices that have invaded our lives. Have you ever been to a restaurant, observed a couple sitting at a table with both of them texting? I sometimes wonder if they are texting each other! Maybe that is the only way to trigger a response! “What are you having for hors d’oeuvre? I was thinking of the spring rolls?”

Why not have some “device-off “times for adults and the children? If you are on the cusp of buying your child their first mobile introduce the parameters before you hand it over.  It is much more difficult to rein back once they have taken possession. I know of a family who have a rule that all mobiles must be switched off during supper.  And yes, even their teenagers comply.  It is true that there were protests initially but, although they would never admit it to their parents, now even the teenagers value the opportunity for some family quality time. That by the way is the magnificent by-product of Shabbos.  It is an oasis of time in a world of pressure.

Over the years we all spend a fortune on our children. A recent survey placed a total amount at close to £250,000 from 0 to age 21. Yet one of the greatest gifts that we can give them is the gift of the relationship.  It comes wrapped in real time.  Without a doubt, it is the most valuable present of all.

For questions or comments email mherman@seed.uk.net