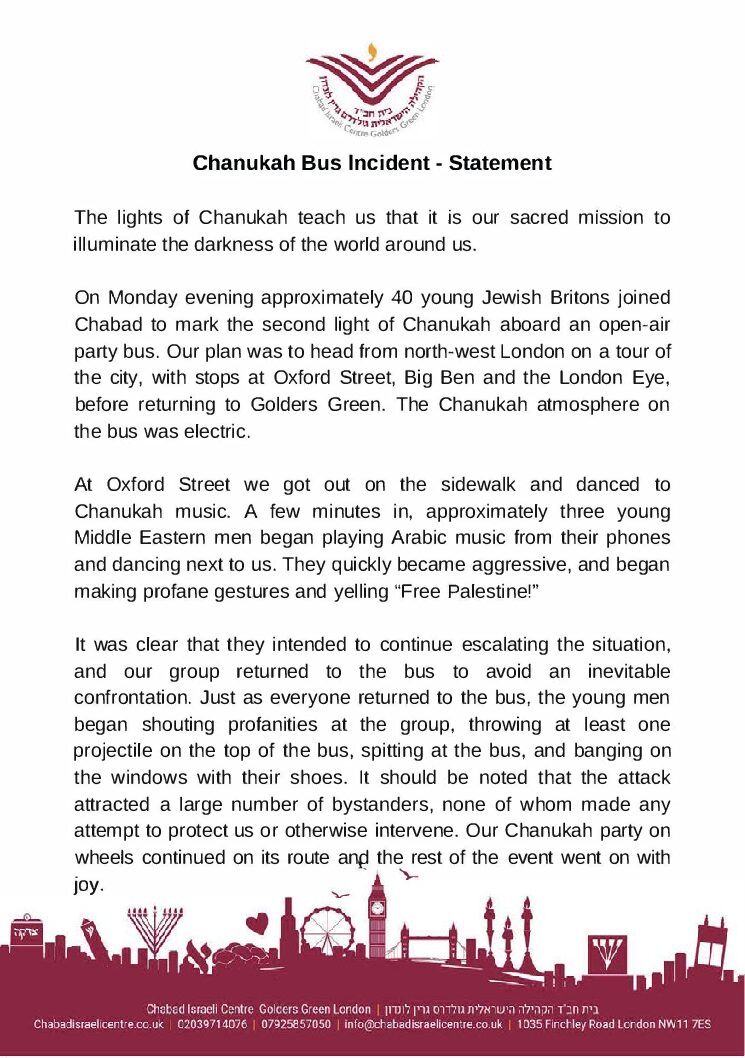 The rabbi who organised and led the bus trip which was attacked by antisemites in Oxford Street has released a statement refuting BBC allegations that there was an anti-Muslim slur by the teenagers on the bus towards their attackers.

Board of Deputies President Marie van der Zyl said: “This moving letter from the Rabbi who organised the bus trip which was attacked in Oxford Street shows the unequivocally antisemitic nature of that attack – and the awful nature of the BBC’s subsequent misreporting. It strains credulity that the Corporation have yet to issue an apology to Rabbi Glitsenstein and all the other passengers on that bus.” 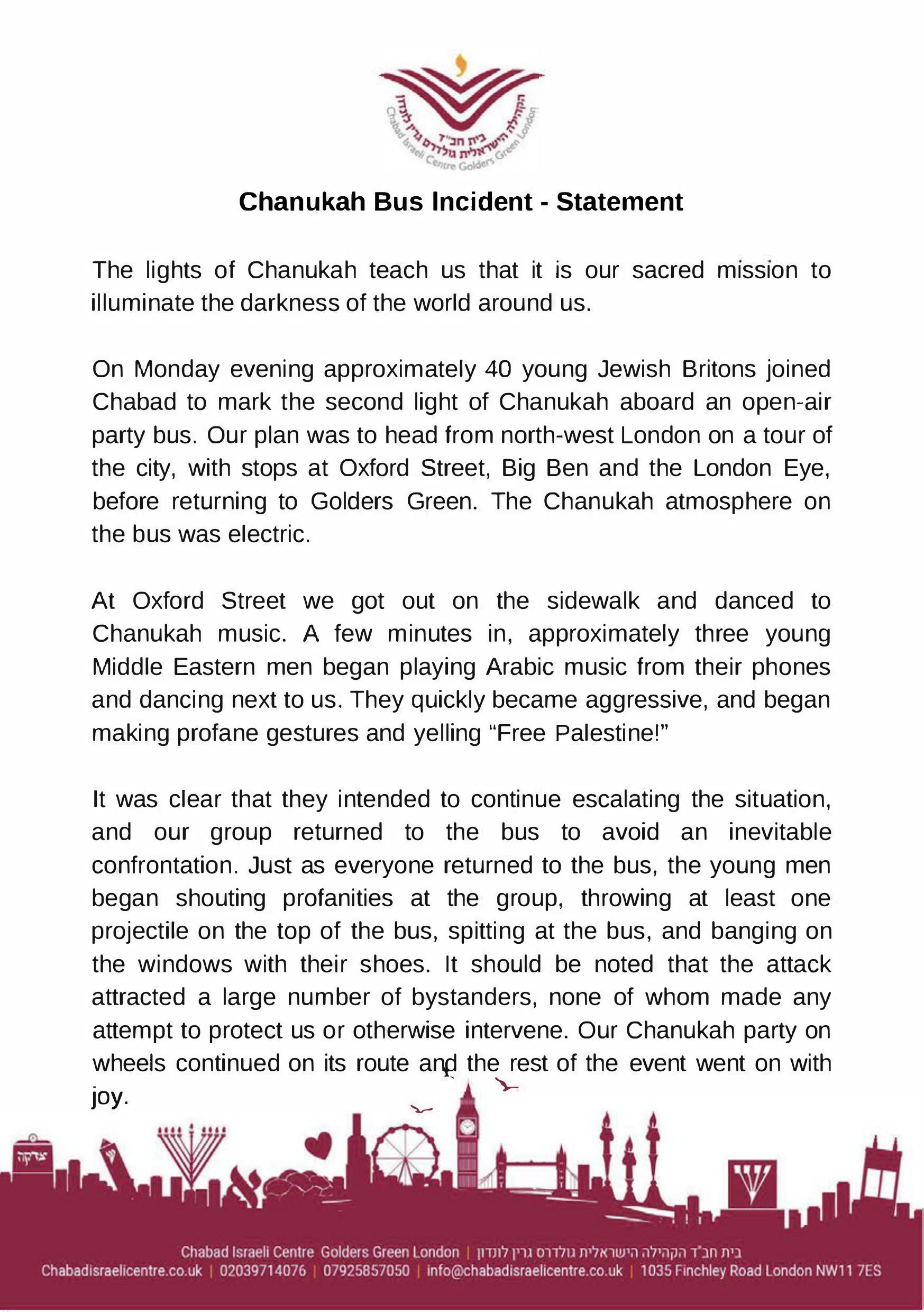 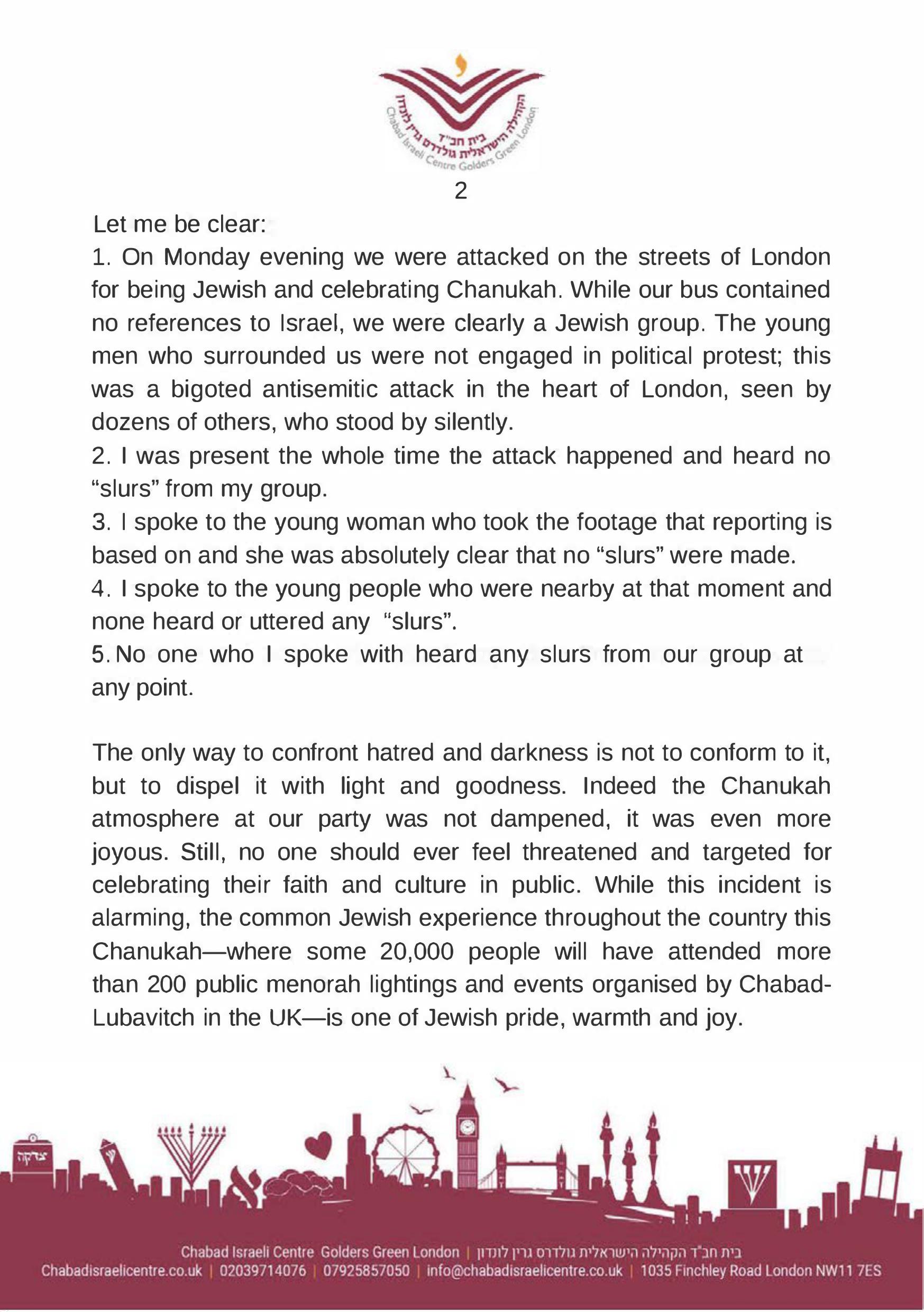 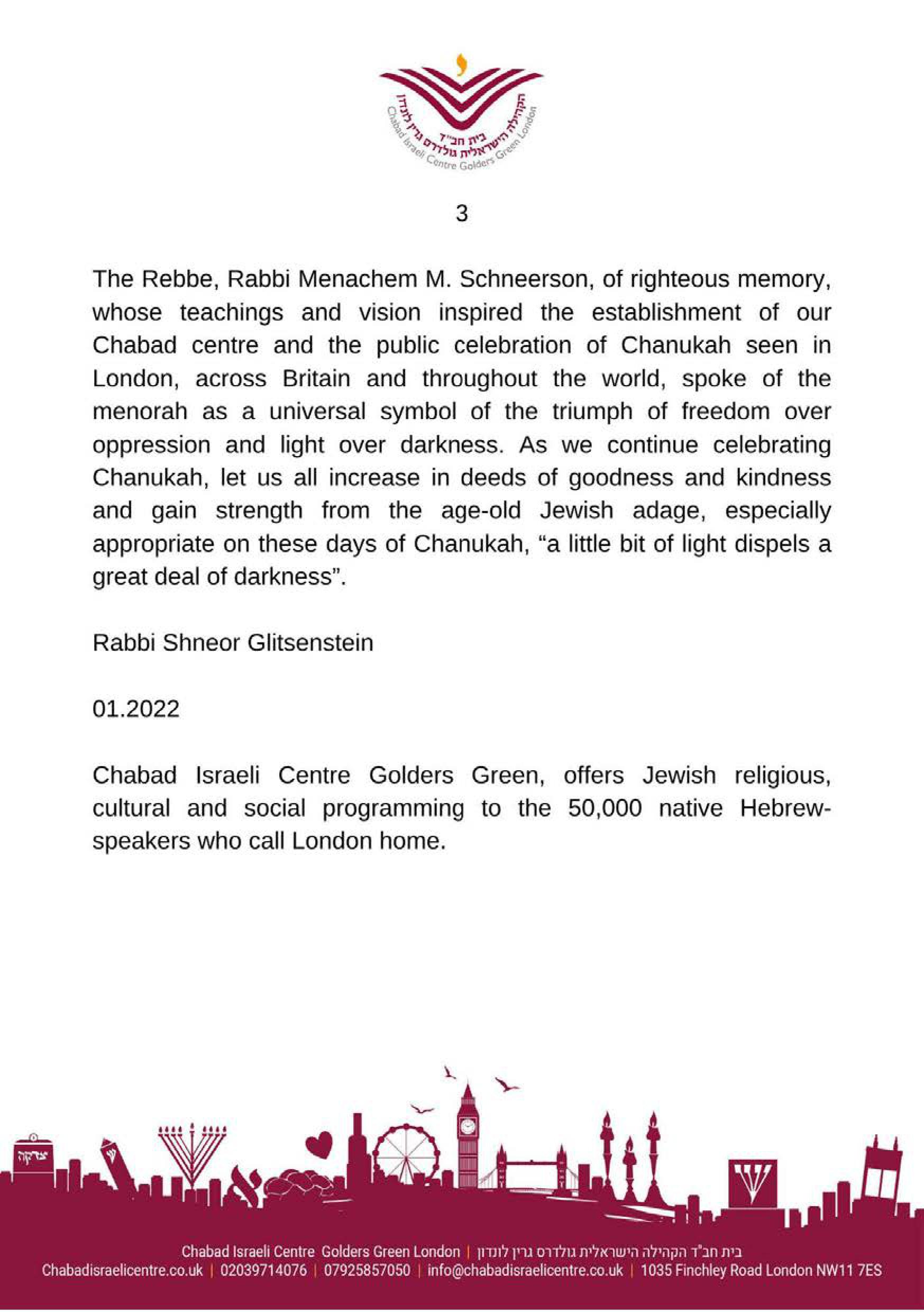