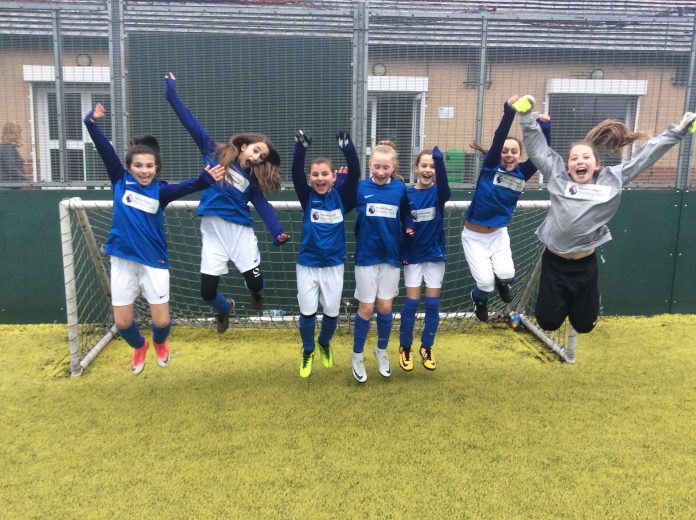 On Wednesday 31st Jan  2018 Rosh Pinah participated in a Barnet Borough football tournament for Year 5/6 Girls. This was a tournament for schools in the west of the borough to enter.

Rosh Pinah went all the way to WIN the tournament, this was a terrific achievement for Rosh Pinah as we have now conquered both the Boys & Girls title within the space of 2 weeks.

The team did fantastically well the whole tournament winning every group game to progress to the Semi Finals where a 4-2 win after being 2-1 down  set up a final against Goldbeaters School. In a close final, Rosh Pinah came out on top 1-0.

Rosh Pinah now progress to a tournament of champions from the Borough.

Quote from Pe Co-ordinator Mr Goldin: The girls have been on a journey throughout their time at Rosh Pinah, progressing and getting better each year. This victory shows how dedication and hard work truly pays off. After our victory last week by the boys in their tournament and the girls now winning in their tournament, we are showing what a fantastic school Rosh Pinah is and what a sporting force we are in the borough!