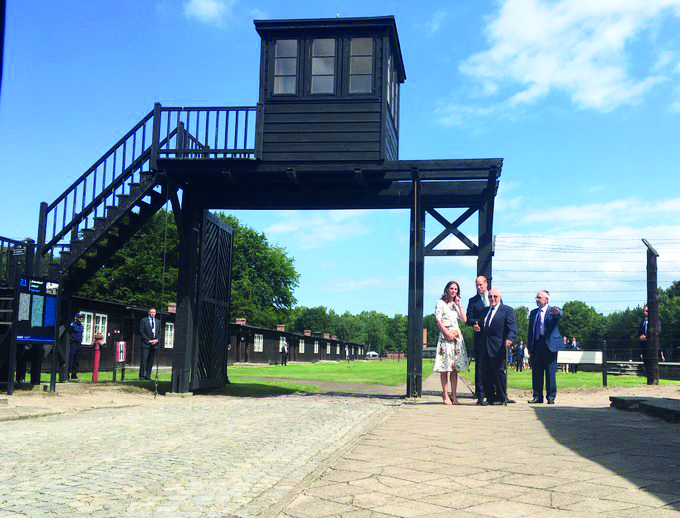 The Duke And Duchess Of Cambridge have visited the former concentration camp at Stutthof in Poland. Two eighty-seven-year-old survivors, Manfred Goldberg and Zigi Shipper, guided them around the camp.
The camp was one of the first set up outside the German border and was among the last camps to be liberated in 1945. 65,000 people, including over 28,000 Jews, were murdered in this camp, out of a total of around 110,000 inmates.
Along with the gas chamber, the Royal couple were shown discarded shoes, piles of clothing and other personal items that were seized from the inmates on arrival at Stutthof. The Royals were visibly moved by what they saw and concluded by placing stones as a sign of respect at the Jewish memorial.