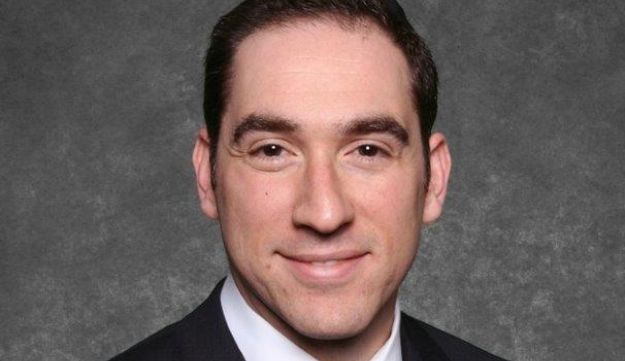 A furious debate that has raged across the Jewish world for many weeks, has led Chief Rabbi Ephraim Mirvis to convene a special Review Committee, to try and bring peace once and for all. The following are the statements from the parties involved in trying to bring about a peaceful conclusion.

Statement from the S&P Sephardi Community Board

During the last few weeks the words and teachings of our Senior Rabbi, Rabbi Joseph Dweck, have been under intense scrutiny. Rabbi Dweck has himself been subjected to a series of regrettable personal attacks that went well beyond any reasonable dispute on issues of approach to Jewish law. Our position remained consistent throughout and Rabbi Dweck continued to enjoy the overwhelming support of our community and the entire Board.

We are now delighted to be able to announce, that with the help of Chief Rabbi Ephraim Mirvis, Dayan Chanoch Ehrentreu, Dayan Menachem Gelley and Dayan Abraham David the matter has now been brought to a close. The full statements released by Rabbi Dweck and the Review Committee are here and on our website.

Rabbi Dweck is a truly inspirational leader for us and the wider community and we look forward to being led by him into an exciting future.

Sabah Zubaida
On behalf of the Board of Trustees,
The S&P Sephardi Community

Recent weeks have been challenging for me, my family, my community and my students. There has been discord following several of my shiurim and I was keen to do all that I could to rectify this situation and bring it to an appropriate resolution.

Many of my recent shiurim have been scrutinised with a view to identifying errors in them. While this has been a painful experience for me, it has also given me an opportunity to reflect. There is always merit and much to learn from the words of one’s critics and detractors. Whilst some of the criticism was justified, the vitriolic tone and ad hominemnature of some the attacks made substantive engagement with the issues all but impossible.

After a great deal of cheshbon hanefesh, it is clear to me that there were instances where I spoke in a fashion that was inappropriate and imprudent. There were times, in the flow of discussion, when I irresponsibly applied halakhic rulings and hashkafic views. I also, at times, did not fully explain their context, which risked confusing or misleading people.

There were also instances when I referred to Hazal (our Sages of blessed memory) in a manner that was irreverent. This led some to question my commitment to our Mesora(Rabbinic Tradition) which has profoundly unsettled me. I would not wish to do anything that would divert people from their quest to follow a true Torah way of life.

Finally, I regret that there have been times when I have not shown appropriate derekh erets, by making disparaging remarks about rabbinic colleagues. This was inappropriate and, given my position, quite damaging. I apologise wholeheartedly and publicly ask mehila from my esteemed colleagues for those statements.

As the controversy grew, Chief Rabbi Ephraim Mirvis, who has been a source of strength and leadership throughout, responded to a request from the Rishon LeTziyon (Sephardi Chief Rabbi of Israel) to resolve the matter and convened a review committee. I am grateful to have been afforded the opportunity to meet with the Chief Rabbi and three of the most eminent Torah leaders of Anglo Jewry – Dayan Chanoch Ehrentreu, Dayan Menachem Gelley and Dayan Abraham David.

They provided me with a forum in which I could review my teachings together with them on a range of topics which went beyond my shiur on homosexuality. I expressed regret for the carelessness of some of my teachings which were incorrect. I am deeply grateful to the Chief Rabbi and Dayanim for the measured and dignified manner in which they have conducted the proceedings.

In our discussions, I offered to consult with one of the Dayanim present, or with rabbinic colleagues agreed with them, regarding future halakhic and hashkafic teachings.

Moving forward, I have decided to stand aside from my role as Dayan on the Beth Din. I express my thanks to Dayan Yaron Navon and my confidence in his continued position as Rosh Beth Din.

It is, and has always been, my great privilege and honour to serve as a spiritual leader within Klal Yisrael. I am deeply grateful to G-d for the opportunities He has given me to help draw many people closer to Torah and mitsvot. I am humbled by the expressions of appreciation and encouragement from so many across the globe for my teachings; I also wish to thank everyone who has offered help and care to me and my family.

This unfortunate incident has been unusually painful for my wife and children; I offer them my grateful thanks for their love and support and my admiration for their fortitude over the past few weeks. I thank the many rabbis, both in the UK and abroad who have reached out to me and offered their support and assistance during this challenging time. I particularly thank the Board and yehidim of the S&P Sephardi Community for their unyielding strength, support and encouragement throughout this episode.

I would ask all those who have supported me to help put an end to the discord and negativity that has characterised so much of recent weeks. I pray that together, we can find favour in the eyes of HaKadosh Barukh Hu and our fellow human beings.

It is my greatest honour and privilege to serve as the Senior Rabbi of the S&P Sephardi Community — an illustrious and historic community that I love dearly and which I aim to serve with all my heart. I now look forward to continuing to enhance the honour of Torah in Yisrael and to lead the kahal from strength to strength in the years to come.

In its deliberations the Review Committee considered in detail Rabbi Dweck’s approach to halachah (Jewish Law), hashkafah (Jewish Outlook) and his derech eretz.

The issues of concern which the Review Committee has addressed and explored with Rabbi Dweck go beyond any particular shiur that Rabbi Dweck delivered, and include wide areas of halacha.

The Review Committee recognises that since his arrival in London some three years’ ago, Rabbi Joseph Dweck has had considerable success in encouraging greater attendance at Synagogue services. He has inspired many to be proud of their Judaism and to embrace a more committed Jewish way of life.

The Review Committee noted Rabbi Dweck’s sincere expressions of contrition during its discussions with him. In his representations to the Review Committee, Rabbi Dweck readily acknowledged that he had not always issued halachic rulings in a responsible manner and at times incorrectly. In particular, he recognised that in the course of a wide range of his teachings, he had cited Rabbinic sources and views on halacha out of proper context and he had cited halachic rulings and hashkafa in a way which may have misled those listening. Rabbi Dweck also expressed a deep sense of regret over his inappropriate comments about sayings of Chazal (the Sages) and derogatory comments about Rabbis.

Rabbi Dweck has previously withdrawn as a Dayan on the Sephardi Beth Din and it is our recommendation that this remains the case.

Rabbi Dweck has previously made it clear that he does not now intend to take up any formal role in New Jersey with his former community for the next year, including as scholar in residence. The Review Committee supports this decision.

Bearing all the above in mind, it is the view of the Review Committee that it is appropriate for Rabbi Joseph Dweck to continue to serve as the Senior Rabbi of the S&P Sephardi Community.

We wish Rabbi Dweck beracha vehatzlacha in his future rabbinate.

Mindful that we are now in the Three Weeks between Shiva Asar b’Tammuz and Tisha b’Av, we call on all concerned and who care for our community to now focus on promoting unity within our kehilla.