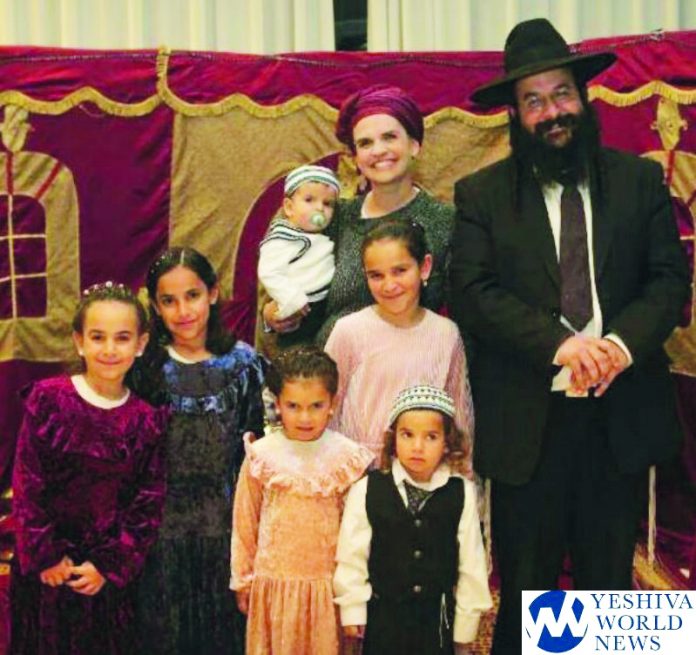 The head of a terrorist cell responsible for the murder of Rabbi Raziel Shevach last month was killed in an Israeli security forces operation in the early hours of Tuesday.

Ahmed Nasser Jarrer was behind the ‘drive-by’ shooting on Route 60, close to the Israeli’s home in the community of Havat Gilad.

Jarrer was shot as he ran towards security forces armed with an M-16 and a bag full of explosives.

Shin Bet received intelligence that Jarrar was hiding in a complex of buildings in the village of Yamun, five miles west of Jenin, in the West Bank and moved in before 3am.

Israeli troops also arrested accomplices who helped Jarrar hide and as they pulled out hundreds of Palestinian residents gathered at the scene.

The governor of the Palestinian city of Jenin said Israeli authorities informed them that Jarrar was dead and he condemned Israeli forces for killing him.

Clashes flared up between Palestinians and Israeli forces in the aftermath of the raid.
IDF, Shin Bet and a Special Police Unit participated in the joint mission.

“As a result of the operation the terrorist was shot and killed,” Rosenfeld said.

Following Shevach’s murder on January 9th, a manhunt for Jarrar and his accomplices had taken place around Shechem and local villages.

They have also captured a third terrorist.

Netanyahu praised security forces for a “determined and complex operation”.

“Several days ago, I told Rabbi Raziel Shevach’s widow that we would catch the murderers and last night the mission was completed,” he stated.

Rabbi Shevach was a friend of Rabbi Itamar Ben Gal, who was fatally stabbed near Ariel on Monday. A manhunt continues for the assailant.

Netanyahu commented: “Security forces will catch whoever tries to attack Israeli citizens and we will deal with them to the fullest extent of the law. So it will be with the murderers of Rabbi Itamar Ben-Gal.”

“The account is closed,” commented Lieberman. “It was clear that it was only a matter of time, until we hit the head of the cell that murdered Rabbi Raziel Shevach. I hope and believe that in the near future we will also extend our hand to the murderer of Rabbi Itamar Ben Gal.”

“The terrorists are embraced by the entire Palestinian leadership.” he noted.

“I’m not talking about Hamas, I’m specifically talking about Fatah. Coming to offer condolences over the death of the terrorist’s cousin were all of the senior Fatah officials.
Lieberman also charged that the perpetrators of the terror acts are seen as heroes.

“There’s an enormous monetary incentive,” he added. “You have to understand that these terrorists’ families will immediately receive NIS 10,000 -12,000 to their accounts, which is five or six times the average wages in the PA.”

Rivlin added: “We appreciate and salute all the security forces, who in a complex security operation and with proper daring, fought for our security.

“The State off Israel will never surrender to terrorism and will reach the last of its supporters for the safety of our citizens.”

The terrorist’s father, Nassar Jarrar, was a senior Hamas commander in the West Bank who was killed in a clash with Israeli troops in 2002.