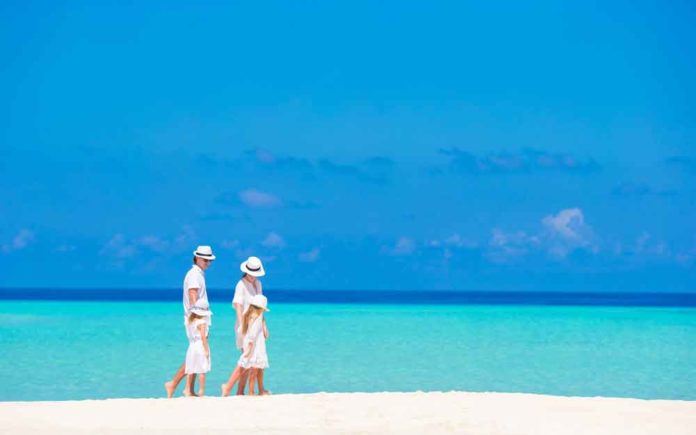 As the internet’s leading and most comprehensive Jewish travel site www.TotallyJewishTravel.com is a testament to the evolution of the Passover program. Owner’s Raphi Bloom and Yaniv Madar have been ringing the changes since the site’s inception 20 years ago. Many of the  30 hotels that advertised in 2005 are still advertising their annual programs on the site which is a testament to the power of Totally Jewish.

What is astonishing is that this year TJT is expecting to host adverts for in excess of 135 diverse Passover Programs from around the globe. The focus of these programs has historically been centered mainly in North America, Mexico, Europe, and Israel. Over many years these traditional locations benefited from a huge increase in types of hotels on offer. Now the choice is even greater. From Canada to Columbia the expansion in the market means that you can travel to diverse locations. For those adventurous souls Brazil, South Africa, Morocco, Australia, and China are just a few of the destinations that have had Passover programs.

There are so many places offering a Passover experience that all tastes and budgets are catered for. The experiences in Eastern and Western Europe mean you can have a city break or a ski lodge holiday as well as a beautiful and meaningful Seder. Some people want to be pampered with 7* luxury and others want interesting excursions. With the advent of low-cost and budget airlines, these are all in easy reach of the modern traveler.

As Raphi says “a Pesach vacation is not just a 10-day break. For those running a house, it can be a two-month holiday from the preparation for Passover”. What better way to celebrate the holiday of freedom than to be liberated from the shackles of domestic drudgery? When you factor in the cost of expensive Passover groceries, the hours spent cooking and cleaning it is not surprising that more and more families are opting to celebrate Passover in a program.

The sheer variety of programs being offered is mind-boggling. Hotels have gourmet meals served 3 times a day. If that is not enough you can snack in the luxury tea rooms open 24/7. Your children will be occupied in the kids’ clubs leaving you time to relax and enjoy the hotel’s facilities. Don’t forget you have chosen the program for its entertainment and excursions as well. There is a competition to bring the best Scholars in Residence to keep your mind focused and stimulated.  Notable leading lights of modern Jewish thinking such as former Chief Rabbi Lord Sacks or Ambassador Ron Prosor may top the bill in a varied timetable of lectures.

The ever-popular Israeli singer Gad Elbaz or comedian Elon Gold may be topping the entertainment bill of the program you have selected. These programs are competing for the 80,000 Jews that are estimated to now vacation at Kosher Passover hotels and this number is only growing. With guided tours and exhilarating excursions, the hardest thing is to decide where to go and which hotel to select.

With all this choice choosing a Passover program is not without its pitfalls and should be researched carefully. Yaniv has this advice – “Most Pesach programs are run by decent and honest business people who place their guest’s experience as their priority. However, every year we hear of several Passover programs that cancel at late notice or run into difficulty. Our advice is to always ask for references from previous guests.” It is much easier to connect with Jewish travelers than before and information can be found readily.

It is important that if you have questions about the Kashrut always contact the supervising body directly. They will be only too happy to explain how they operate. For some Passover is a time of unprecedented stringencies and many companies will adopt the highest level of kashrut.

Apart from kashrut Jewish tourists come with different cultural and religious traditions so if it is a Passover hotel is run by a company from a country with a different heritage to you don’t be afraid to ask if they will be running Ashkenazi and Sephardi prayers.  If they speak a language that you don’t check if the kids club will also be in your children’s mother tongue. Anglo travelers have the advantage that English is the most commonly spoken second language but you should check this before you book.

Lastly, always have travel insurance- this goes without saying as you need peace of mind for your physical well being as well as the wellbeing of your wallet.  Paying by credit card adds another layer of financial protection in the event of cancellation. TotallyJewishTravel has a page with these and more handy and important tips that can be found on their website.

Did you think TJT forgot the largest kosher religious market in this guide? Of the 80,000 aforementioned Jews that travel for Passover, an ever-increasing number are religious Israelis. This is a relatively new phenomenon and many are now opting to spend Passover in a resort or a hotel outside of Israel. Raphi has noted that “our Hebrew language website now gets almost as much traffic as our English language site”. This is exciting news for the travel industry as Israel is home to the largest Jewish population in the world. Passover is a time when Israeli’s like to travel. Bloom says slowly but surely non-Israel kosher travel companies are catching on – “it used to be that only the “anglos” – the English speakers who have made aliyah – traveled abroad for Kosher vacations. This has now changed. Dozens of Israel travel companies offer Kosher Passover and year-round programs abroad- mainly in Europe. So far the USA seems a step  -or flight! – to far but if the American and Caribbean programs started targeting these travelers I do believe this could change quite quickly. There are millions of religious Israelis!”.

What is clear is that the Passover Program industry is only set to get bigger and better. The tradition cry of “Leshana Haba” will all ring true as each Passover Hotel offers its guests a magnificent experience. Keep your eyes on Totally Jewish Travel and see what is on offer.