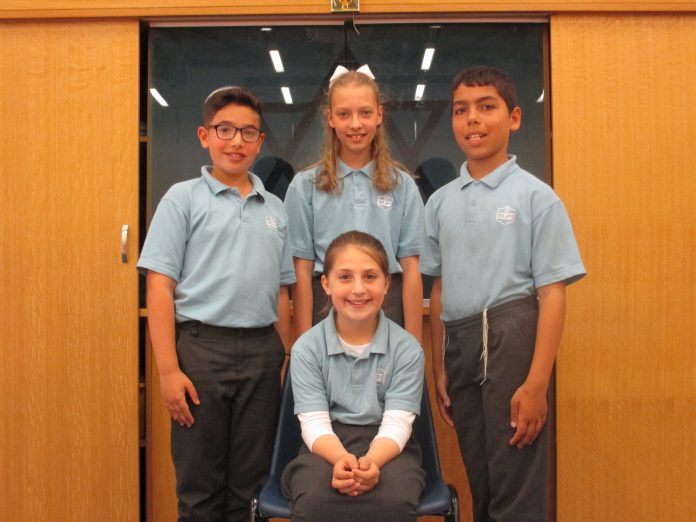 Four Year 6 pupils – Aaron Gelkoff, David Levy, Lily Mallach and Michal Singer – from WIJPS competed against each other in two rounds of Jewish General Knowledge in the Annual Wohn Ilford Primary School Jewish Mastermind Competition.
It was a hard competition and very close! The standard of pupils’ knowledge was extremely high with Michal Singer achieving the highest score and being announced as the winner.
Year 6 pupils at the school also shared their talent with their peers at the school’s Annual Jewish Song Contest on another day.
Pupils wrote their own lyrics about Judaism and WIJPS and sung them to music of their choice. The winning group consisted of Aaron Gelkoff, Millie Isaac and Paris Peaker.