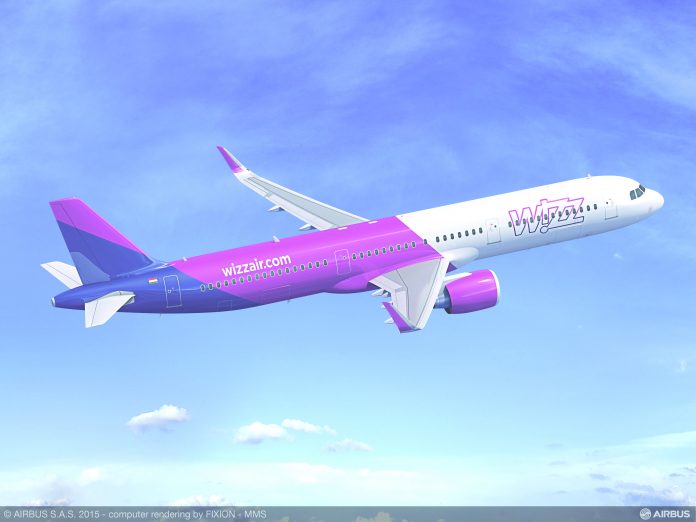 Many are now planning winter trips to Eilat after Wizz Air announced it was starting a direct flight from Luton to Eilat in four months.

Seats are available from £26.99 according to the Budget airline’s website from October 28.

But a reported 2,000 British Airways passengers who took advantage of heavily discounted flights (to Tel Aviv and Dubai) have had tickets cancelled without notice.

The Wizz Air route was announced by the Israel Tourist Board on Tuesday in what is the first direct flight to the Red Sea destination since Monarch folded in 2017.

“This is a great vote of confidence in Israeli tourism,” said Tourism Minister Yariv Levin in a statement.

“It’s further proof that the Eilat directive – which we initiated to encourage tourism into the resort – is indeed bearing fruit.”

Sharon E. Bershadsky, director of the Israel Government Tourism Office for UK and Ireland, added: “Eilat benefits from the warm and dry desert climate all year round whilst sitting on the edge of the amazing Red Sea and surrounded by beautiful mountain scenery.

“The new routes will be welcomed by our UK customers looking for an exciting winter break, whether that’s winter sunshine, mountain sports or experiencing some of the finest sights that nature has to offer.”

The British airline operates eight new Airbus aircraft from its London-Luton base.

Meanwhile, BA has apologised to customers but will not honour bookings made earlier this month as a number of agencies mistakenly sold flights at incorrectly advertised fares.

Return fares to Tel Aviv were selling for well under £200.

Many clients are angry at the situation though some passengers with imminent flights were allowed to travel.

BA has issued £100 vouchers to compensate passengers but some industry experts have questioned how the carrier is able to cancel as they made the error.

Agencies selling tickets are responsible for refunding clients but that could take time. And there are limits on how compensation vouchers might be redeemed.

There are reportedly passengers that have yet to be contacted by BA.

Ben from Golders Green told the Jewish Weekly, “I booked five tickets for my family, the kids were so looking forward to what would have been a dream holiday, but that has now been dashed.

“BA have made the mistake and should honour the prices.

“It will now cost us far more to go and I don’t know if we can afford the extra cost even with the vouchers.”

BA said in a statement: “Errors like this are exceptionally rare, and if they do occur, under contract law, there is no binding contract between the parties.

“We have apologised to customers and offered a gesture of goodwill.”

Guy Anker, deputy editor of MoneySavingExpert.com, added that BA should allow passengers to fly at the price booked.

He noted: “While this may have been a ‘rare’ error, it’s not the passengers’ error.

“They’ve bought these tickets in good faith at a believable price – it’s not as though the tickets cost £5, which would clearly have been a glitch.”