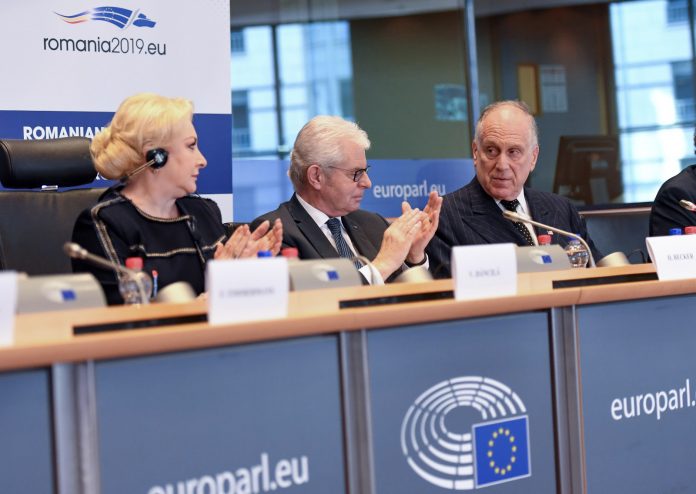 President Ronald S. Lauder travelled to Hungary to assess the situation for himself and was shocked to discover truth to the notion.

Party members and leaders have repeatedly made anti-Semitic statements and actions.

Jobbik has attempted to distance itself from this stance but Lauder is not convinced about their actions.

“Despite recent rebranding attempts, Jobbik has not done nearly enough in terms of concrete actions to distance itself from its anti-Semitic roots, or to stem the continued flow of antisemitism and racism still reportedly emanating from local Jobbik cells,” he said.

“Jobbik must do far more to credibly demonstrate that it opposes antisemitism and racism, and to prove by way of its actions that it does not pose a threat to the security and well-being of the Jewish community and other minority groups in Hungary.

“As long as extremism reigns within this party, Jobbik must be designated by its peers in the Hungarian parliament, as well as by the international community, as an outcast not worthy of alliance. Until these changes come about, it is dangerous for any Hungarian political party to do business with the extremist Jobbik party or to allow Jobbik into the mainstream of Hungarian politics.”

Meantime, Board of Deputies President Marie van der Zyl raised a number of issues to Hungarian Secretary of State Vince Szalay-Bobrovniczky at a meeting this week.

Long standing concerns included the use of anti-Semitic tropes, remarks directed at Muslims and migrants, the role of historical Hungarian leaders in supporting the Holocaust, closure threats of the Aurora Jewish Community Centre and relations between the Hungarian Government and Federation of Jewish Communities.

Ms Van der Zyl also noted a clear test of governmental goodwill was whether a proposed Holocaust museum commanded support of the mainstream Hungarian Jewish community, including Federation of the Hungarian Jewish Communities and Holocaust research institutes such as Yad Vashem.

“We had honest dialogue, while also acknowledging positive actions of the Hungarian Government, including moves to adopt the IHRA definition of anti-Semitism, strong bilateral relations with Israel and investment in the forthcoming Maccabi Games in Budapest,” she said.

WJC also backed BoD comments after last week’s Community Security Trust report on record high anti-Semitism figures for the third year in a row in the United Kingdom.“Over the last few years, we have seen an extreme conflation of anti-Zionism and anti-Semitism, among both average citizens and political figures, particularly within the Labour Party,” said Lauder in response to the findings. “British Jews still live in relative peace and harmony, and we must do everything we can to make sure that continues.”He added, “The UK was the first country to formally adopt the International Holocaust Remembrance Alliance’s definition of anti-Semitism, an encouraging and positive move for which we are most grateful. The next step must be to ensure that the definition is adopted systematically and across the board, to yield as an effective tool for law enforcement. Adopt, encode and enforce. This will allow antis-Semitism to be confronted appropriately and comprehensively.”.Ms van der Zyl on this issue added, “Events in Gaza and the ongoing anti-Semitism crisis in the Labour Party undoubtedly played a role in these figures and they are very worrying for Jews living in the UK.

“This report shows there is no room for complacency. Defeating the evil of anti-Semitism will take a concerted effort by the country’s political leadership, in all parties – and civil society.

“We must strive to make our country a just, safe and respectful society. There can be no room for racism and hatred.”

And across the Channel in France, Lauder called for action in response to Interior Minister Christophe Castaner’s announcing anti-Semitic acts rose by 74% in 2018.

Lauder described the government figures as “alarming and unacceptable”.

Castaner reported the startling statistic after a tree planted in memory of a Jewish man, Ilan Halimi, who was tortured before being murdered in 2006, was discovered by municipal workers chopped down when visiting the site for a remembrance ceremony.

Other anti-Semitic incidents in recent days included swastikas appearing on Paris post boxes and the word ‘Juden’ sprayed on the window of a bagel bakery.“The numbers speak for themselves,” said Lauder.

“Enough is enough, we hope the French government will not only condemn these atrocious acts, but go after the perpetrators, for the sake not only of the country’s Jewish community, but for the health of French society as a whole.

“We cannot afford to relive our past, the only way we will stop this hate is to educate the next generation about the crimes that took place over the last 74 years.”