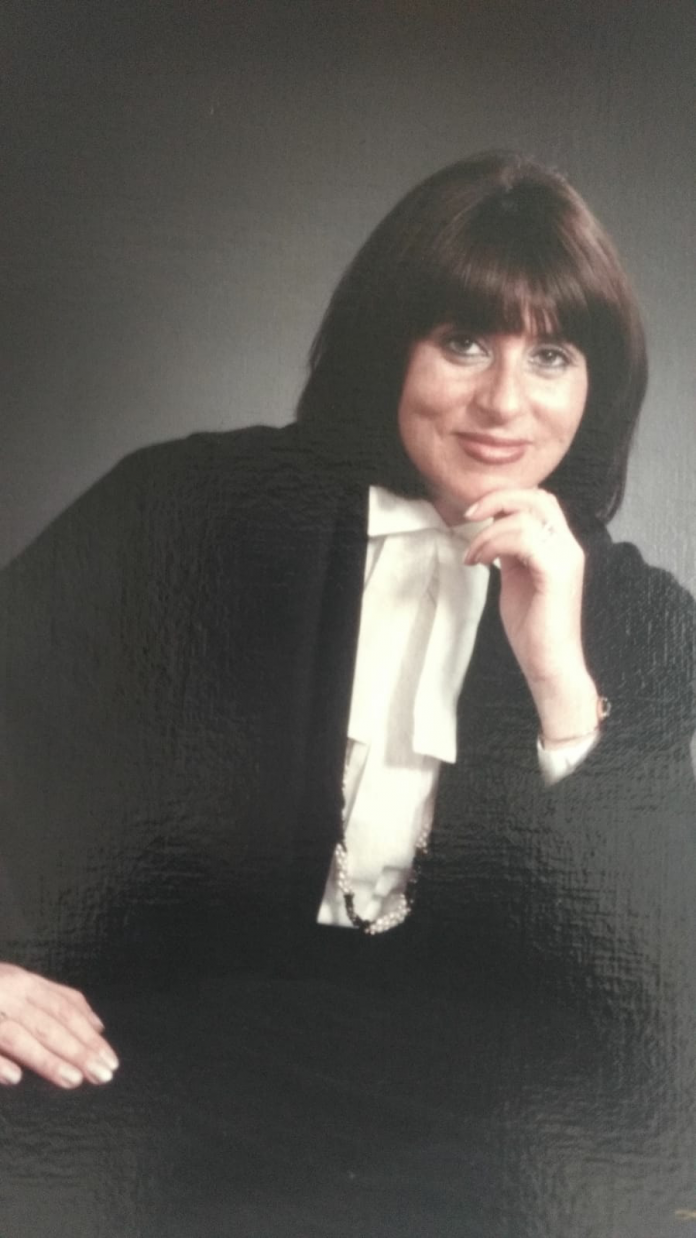 As her first yahrzeit approaches, Sylvia Barnett’s family would like to share her story with the readers of the Jewish Weekly, remembering her achievements, her incredible vitality and her zest for life. Sylvia was born in 1945, just as World War 2 ended and was the first child for Fay and Alex Kopfstein, both survivors of the Holocaust.

Fay had come from Vienna and as a girl had fearlessly defied an SS officer in the street and was imprisoned as a result. She was one of those lucky enough to come to England on the Kindertransport, where she met and married Alex, a former internee in Kitchener Camp, and a talented chef originally from the Austria-Hungarian border.

The shadow of the Shoah and the knowledge of her parents’ own experiences, influenced Sylvia’s own outlook inheriting their courage and fearlessness, which shaped her own determination throughout her life. When her younger brother, Gershon, was born in 1951, the family moved from Clapton to Bournemouth to help set up the Cumberland and the Majestic Hotels. There her parents built a beautiful home renowned within the local Jewish community for their constant Hachnosas Orchim (hospitality).

Sylvia thrived in this environment becoming an accomplished and polished young woman, privately educated with elocution, music, and riding lessons. Holidays were spent with family in Switzerland and Vienna, where the Oberrabiner (Chief Rabbi) was a cousin, ensuring her language skills were well honed. From an early age she set her heart on entering the legal profession and she subsequently moved to London to follow her dream. Although pursued by many suitors, it was whilst back in Bournemouth that she caught the eye of a serious Jews’ College graduate, Cyril Barnett, from Willesden, who nurtured thoughts of entering the Rabbinate. After finding a way of getting himself invited to her parents’ house, the pair began dating, and married in 1967 after a whirlwind romance. Despite Cyril’s plans, Sylvia made it clear that she had no intention of becoming a community rebbetzin as she was determined to become a solicitor.

In order to support his wife, Cyril put his own plans on hold and moved into a career in finance. His deep affection and their unparalleled dedication and commitment to each other were obvious and serves as an explanation of what made their marriage so strong, lasting over 50 years. As a young mother, having internalised her parents’ somewhat authoritarian and exacting expectations and standards of behaviour, Sylvia applied these to her own children, who have each made their distinctive contributions and excelled in their respective fields; David, as an international lawyer living in Israel with his wife Debby and their five children; and Michelle, founding director of Charity GIFT living in London with her husband Danny and their three children.

In her professional life, she was a highly respected family lawyer, and a rodef tzedek, fearless pursuer of justice and an upholder of truth fighting courageously for things she believed in, particularly the rights of women and children. She took an interest in people and their stories and wanted to help them in whatever way she could. Her abilities in the courtroom, often humbled eminent QCs impressed by her capacity to memorise and hold an entire case in her mind, without recourse to a written note. Although working in a tough and highly competitive environment, she always made time for those around her, no matter how busy, taking on many roles as a mentor, advocate, counsellor, careers advisor, therapist and tutor, whilst also being a loving and generous mother, sister, sister in law, aunt, friend, and later grandmother. She showered everyone with her thoughtful and extravagant gifts and was always compassionate and fair, interested in everyone’s personal story, making no judgements.

When her father passed away, Sylvia displayed unparalleled commitment and devotion to her mother, who was able to experience the nachat and joy from her family to whom she was so close. Sylvia’s thirst for knowledge was insatiable and she enjoyed attending lectures, reading, listening to opera and classical concerts and theatre performances. Her daughter, Michelle recounts, “After my mum retired, she almost took up residence at Ivy House, and later JW3 attending as much as possible, always absorbing knowledge and experiences. Although losing her eyesight, you would never have known, she still continued to be as active as possible, always beautifully coiffed, manicured and bejewelled in her matching outfits, carefully accessorised. No one could believe that she lived with such a disability.” Cyril, her ever attentive and loving husband, helped her deal with her failing eyesight, anticipating her needs, remaining totally devoted and dedicated to her throughout.

Michelle explains, “My dad was always there for her, and her love for life, and vitality never waivered. Although, physically she may have walked in the darkness, spiritually and morally she demonstrated total clarity of vision and purpose and illuminated a path for all who knew her to tread. G-d, the Source of all strength, must have given Sylvia a very special neshama to fight and overcome so much adversity. She was a larger than life character, with a giving heart, and boundless love and an infectious laugh, that at times I can still hear.” Sylvia was a truly inspirational and awesome woman, and although she is deeply missed by her devoted husband, children, 8 grandchildren, family and friends – they nevertheless rejoice in her legacy. Yehi Zichra Baruch – May her memory be for an everlasting blessing.