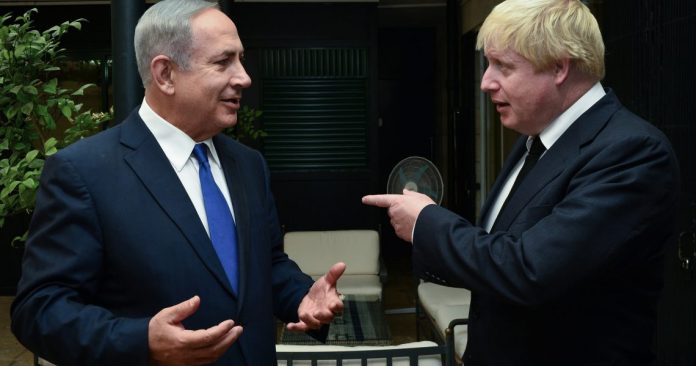 The British Foreign Secretary yesterday voiced his support for Israel’s right to defend itself following its confrontation with Iran in Syria.

In a statement, Foreign Secretary Boris Johnson said: “The UK condemns in the strongest terms the Iranian rocket attacks against Israeli forces. We strongly support Israel’s right to defend itself.”

Johnson urged Iran “to refrain from further actions” that could lead to greater instability and called for Russia, Iran’s ally, to “use its influence to press those in Syria to cease their destabilising activity and work towards a broader political settlement”.

Israeli Prime Minister Benjamin Netanyahu and UK Prime Minister Theresa May spoke on Thursday evening to discuss the latest developments in Syria. Netanyahu told May that he appreciated the UK’s condemnation of Wednesday night’s rocket fire on Israel and Downing Street’s statement supporting Israel’s right to defend itself.

The UK was joined by the US and the EU in reaffirming Israel’s right to act in self-defence. “Reports about last night’s Iranian attacks against Israeli army posts from inside Syria to which Israel responded by striking against Iranian targets in Syria are extremely worrying. As the EU has said repeatedly, Israel has the right to defend itself,” the European External Action Service (EEAS) said in a statement.

The Trump Administration said: “The US condemns the Iranian regime’s provocative rocket attacks from Syria against Israeli citizens, and we strongly support Israel’s right to act in self-defence.”

German Chancellor Angela Merkel’s office said that she condemned the Iranian rocket attack on Israeli positions in the Golan Heights in a phone conversation with Iranian President Hassan Rouhani yesterday. Merkel also called on Iran to “contribute to de-escalation in the region”.